What's Wrong with American Journalism? This 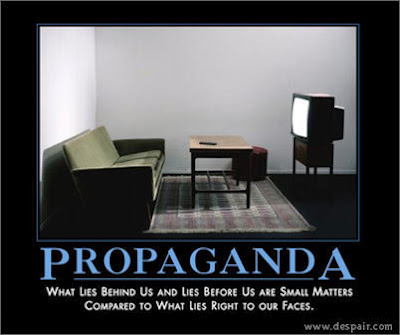 Speaking to about 90 people in the Physical Science Building auditorium, the University of Illinois professor said, “For our system to work, voters have to be able to grasp what’s at stake.” He claimed that the American news media doesn’t make that possible any longer.

McChesney — who was branded “One of the 101 Most Dangerous Academics in America” by the right-wing activist David Horowitz — argues that the so-called “free” media are, in fact, a government-sanctioned oligopoly owned by a handful of extremely profitable and powerful corporations that use their legislative influence and control of media content to distort the public’s understanding of important issues.

“Our broadcasting system has to be made accountable; and unless it is, it’s going to be very hard to change anything else for the better.”

McChesney said professional American journalists always defer too much to those in power, and make a fetish of “pseudo-balance”  — for example, making sure that every blatant, truthful revelation about a candidate is “balanced” by negative information deliberately dug up about his opponent “to show that you’re not biased.”

In effect, every obvious, demonstrated lie must be “balanced” by assertions that cast a deliberately contrived doubt upon those exposing it, he said.

That practice lets the liars off the hook, he said. “Professional journalism basically makes politics a liar’s paradise,” McChesney said. “If you lie, the media is scared to death to call you on it. So it’s up to your opponent to call you on it. But if your opponent calls you a liar, you say, ‘Hey, he’s my opponent. Of course he’s going to call me a liar, what do you expect?’ So there’s no accountability.”

“Credible journalism would say these are blatant lies, this is an outrage, and we’re going to keep hammering this until this guy produces an explanation and denounces his own lies,” he said.

As income inequality has grown in America, the corporate news media have written off the bottom quarter or third of the population, he said. “Poor people are only of interest to the news when they get in the way of rich people,” McChesney said. “In and of themselves, they are of very little interest or value.”

The American corporate news media’s class bias makes it quite comfortable with a world of staggering inequality, and in fact reinforces it, making that inequality seem natural and acceptable, he said.

“We’ve got a news media system that is completely comfortable with the fact that the U.S. accounts for over half the military spending in the world,” he said. “We’ve got bases in literally over 100 countries around the world. We are the dominant empire, yet that’s not a debated or understood issue at all in our political culture. We invade other countries, and it’s reviewed almost entirely uncritically.”

But even the flawed reporting available from professional American journalism is now threatened by the newspaper industry’s economic free fall, he said. In a city like Philadelphia, the number of working journalists has declined by half in just 20 years, McChesney said. And those news reporters whose jobs do survive are under ever-increasing commercial pressure to yield to corporate advertising interests. 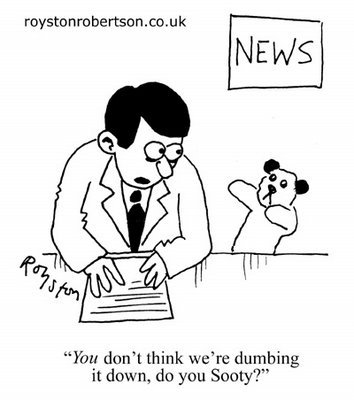 Nor will the new information technology substitute for journalism. We’re all digital now, McChesney said, noting that his computer never goes off.  “But I don’t think just giving people access to communications technology solves problems. If I work in a coal mine all day, go home, cook dinner, do the laundry, read the kids a bedtime story, clean the house and then sit down to blog on the global economy at 11:15 at night, it’s probably going to suck.

“How the heck am I going to know anything about the global economy? Now, if there are a lot of journalists covering it from different news media that I can read, maybe I could comment on it. But I can’t do the original work at 11:15 after all that day. I need someone else. I can improvise, but someone else has got to play the melody.”

“It’s not just the right to say whatever you want. It’s the right to be a society where you’re exposed to the breadth of information you need to understand the world and govern your life.

McChesney, who was a guest of the Journalism Department, hosts the “Media Matters” radio program Sunday afternoons on WILL-AM. He is the Gutgsell Endowed Professor in the Department of Communication at the U of I and he has written or edited 16 books. McChesney is also the co-founder of Free Press, a media reform organization.