A Stage with Scales 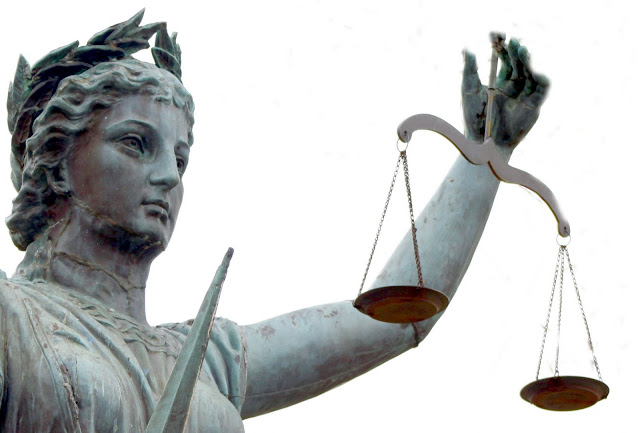 By Dan Hagen
It’s a stage really, with reasonably heavy dramas on the bill every weekday. The players sit in comfortable, padded seats the color of oxblood.

I was in the cheap seats, on one of the padded spectator benches up front, with a Professional Reporter’s Notebook in one inner pocket of my jacket and a Dick Francis paperback in the other. Dick Francis was there to keep me company in the event that the slowly revolving wheels of justice were to spin down to a complete stop, something that happens from time to time.

“All rise,” said Bailiff Norman Buckner, as the curtain rose.

The mystery novel went back in my pocket as I stood upon the entrance of Judge Dan Flannell, who took center stage. He’s a small man who looms large in his black robes on the bench, delivering crisp, no-nonsense orders which he expects to be obeyed. And when they are not, he knows how to handle that, too.

Harold Ramsey, the man with the iron-gray hair who sat next to Public Defender Marvin Hanson, was the featured player today.

Court records indicated that Ramsey was 56 years old, but he looked older. “Weathered” doesn’t do the face justice, really. Weather-beaten, perhaps, and for years. As leathery as the chair in which he sat quietly, slumped forward. The odor of stale liquor did not really surround him, but you could have sworn it did.

The man was no stranger to this court and others, even back in the spring of 1997, when he forged a number of small checks in his mother’s name as a means of lengthening a binge. He was sentenced to 180 days in jail and two years’ probation when he pleaded guilty. And he did all right for a while after that, making progress in his alcohol counseling sessions in Charleston during the first few months of 1998. But then on May 11, he failed to report to his probation officer and to give notice that he had moved to a new address. And on Aug. 27, he was caught consuming booze. The incidents provided the basis for two petitions to revoke his probation. 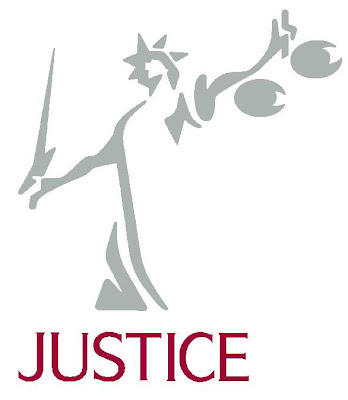 Ramsey wasn’t a man to make things easy for himself, as it turned out. He failed to appear for a court hearing in September, and found himself hauled into court under arrest. Nevertheless, in November, he again failed to appear.

Now, dressed in the ironically cheerful orange jumpsuit of a Moultrie County jail inmate, Ramsey was asking that the judge permit him to withdraw his previous admission that he had violated the terms of probation. He claimed he hadn’t really understood the possible consequences, that he could get as much as five years in prison. Ramsey explained he had been depressed at the time he made the admission. He said he had been diagnosed with depression on Jan. 5, was estimated to have suffered depression for 8 or 9 months and couldn’t work because of it.

“You go to bed and you don’t want to wake up,” he said, describing his state of mind to Flannell.

Flannell denied his motion and moved on to a sentencing hearing. Ramsey admitted he’d been on a bender when he forged the checks in his mother’s name, but said he hadn’t stolen them— he’d had the use of the checkbook to pay his mother’s household expenses.

“I know I’ve been depressed and I know I can’t fight it by myself,” Ramsey said, describing the liquor as a form of “self-medication.”

Moultrie County State’s Attorney Tim Willis had his turn on stage. He cross-examined Ramsey, underlining the fact that he was given to making excuses about his drinking — this started it  again, that started it again, never “I started it again.” Hanson observed that the case was sadly disturbing to everyone present  — the judge, the state’s attorney, everyone.

“I feel like I’ve let everybody down, especially you, Judge,” Ramsey said.

“Mr. Ramsey, the one you’ve let down more than anyone else is yourself,” Flannell replied. Flannell recalled that, after similar hearings in the past, he had told his office staff that “...the last thing I wanted to do was send Harold Ramsey to prison.”

And on this unseasonably warm Thursday morning in January, the judge found himself doing the last thing he wanted to do.

“The court, having due regard to the nature and circumstances of this offense, the history, character and condition of the defendant, finds that a sentence of imprisonment is necessary for the protection of the public from the property offenses of the defendant and that a sentence of probation would deprecate the seriousness of the offense,” Flannell stated for the record.

As the curtain fell for Harold Dean Ramsey, he learned his fate: three years in prison.

A woman was sobbing, her cries barely muffled, somewhere behind me.

Editor's note: This is one of my favorite columns from my years as editor of the Sullivan News-Progress, published in January 1999.
Posted by Dan Hagen at 4:00 AM