An Ode to Spring 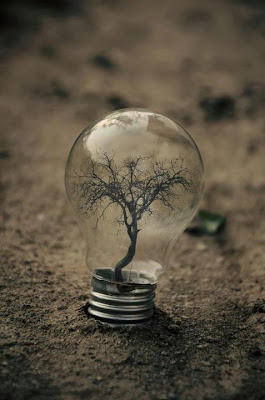 You sit silent as the students scratch their heads figuratively and their answers literally on the test booklet for the essay question. On their faces, you see critical thinking in real time. Across the way, the greenhouse man bends to tend to his boxes of yellow. Horticulture, and culture as well, grow, waiting for spring, ready to spring.
Posted by Dan Hagen at 11:46 AM No comments: 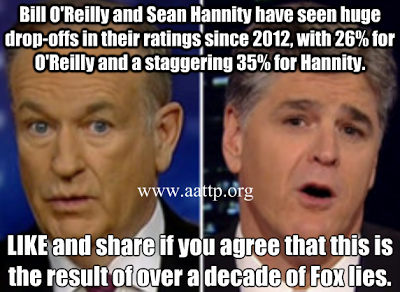 Fox News accidentally pushed the propaganda too far.
They told their ignoramus audience that Romney was going to win, not of course to provide the public with accurate information — something they do only by accident — but in order to manipulate them with lies. The election was Toto pulling back the curtain on the Great and Powerful Ailes.
Propaganda posing as journalism is great for your side, right up until you fall off the cliff in the dark.
Posted by Dan Hagen at 11:05 AM No comments:

Happy To Be 'Miserables'


You can take
You can give
Let him be
Let him live
If I die, let me die
Let him live…
—    “Bring Him Home,” from “Les Miserables”

By Dan Hagen
The hardest thing for a reviewer to do is to monotonously lard up a review with superlatives, and yet here I am, faced with that unpleasant task.
We’ve waited a quarter of a century for the famed musical “Les Miserables” to arrive at the Little Theatre, and yet, based on Sunday’s matinee performance, I have to say the long wait was worth it.
Noel Coward famously noted that it’s funny how potent cheap music can be. Similarly, it’s odd how emotionally gripping inherently preposterous material can be.
Stephen Sondheim opened my eyes to something when he casually observed that farce and melodrama are virtually the same thing. Both turn on hugely improbable events and even employ many of the same dramatic devices — the difference is entirely one of attitude.
And Victor Hugo’s “Les Miserables,” set against the background of France’s ill-fated 1832 “June Rebellion,” is romantic melodrama with all the trimmings — secret identities, narrow escapes, monumental coincidences, relentless pursuers, heroic self-sacrifice and love not merely at first sight, but within the first nanosecond of meeting.
Those are pretty silly things that seldom or never happen in actual life, you know. So how can they figure so prominently in this show — one that carries enough of an emotional charge to prompt the theater to actually offer “Les Miserables”-logoed facial tissue for sale in the lobby?
Well, Hugo knew the power of well-handled soap operatic material even in 1862, and gave his tale a superstructure of universal human aspirations — for freedom, for love, for an end to hunger and despair, for redemption, for a noble death, for meaning in existence. This musical, and this Little Theatre production, makes all that soar, and that means you’ll need to slip your hand into your pocket for those tissues.
Credit is due to director/choreographer Kelly Shook and costume designer Timmy Valentine. Scenic designer Jason Bolen has given us a substantial, two-tiered set to house the 31 performers in this rescaled Broadway spectacle, all broken shudders and hanging chains. And there behind a clever scrim on that set are musical director Joshua Zecher-Ross and his orchestra, especially beefed up for this bombastic classic.
The lighting design by Greg Solomon gives its full support to colorful romanticism, with moody backlighting, harsh foreground lighting, an effective follow spot and the smoke-filtered flash of battle. 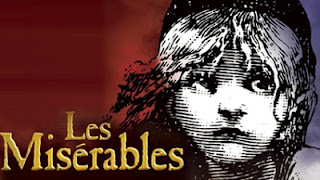 The performances are all superior. Let’s start with Sean Zimmerman, memorable as the Pirate King previously at the Little Theatre. But I like him even better as Inspector Javert, a clarion-voiced character whom he invests with a perfectly imperious manner. Javert is a living embodiment of the fallacy of deontological ethics, a man so devoted to duty, to rules, to the Law that he is willing to grind justice and compassion beneath his boot. Zimmerman’s “Soliloquy” is thrilling.
Tim Quartier and Amelia Millar are convincing as the beautiful young couple, Marius and Cosette, despite being saddled with what I regard as the least convincing aspect of the story — the fact they are required to fall in love literally the first second they see each other. Why? The problem is logistical. The show is already three hours long, and crammed full of blood-and-thunder plot developments. There’s just no room left for a lengthy courtship.
Karla Shook, as Fantine, gives full justice to one of the show’s most famous throat-tightening songs, “I Dreamed a Dream.” Little Theatre vet Cary Mitchell has a strong, brief turn as Bamatabois, the lying hypocrite who delivers the final blow to the faded, degraded Fantine.
Two children — Piper Countryman as Young Cosette and Oliver Adamson as Gavroche — transcend mere cuteness to really win over the hearts of the audience.
Garrit Guadan has a skin-shivering voice that conveys youthful idealism as the admirable and foolish rebel Enjolras.
Several of the characters I have just mentioned are, of course, despairing, if not doomed, and by the time John Baker and my longtime favorite Therese Kincaid arrive on stage, we’re ready for them. They are the inn-keeping Thenardiers, a truly despicable couple that the audience lets off lightly with a wink because they’re so funny. They set the feet tapping with “Master of the House.”
My two favorite characters are Eponine, played by Equity actor Ruthie Stephens, and Jean Valjean, played by Equity actor David Foley, Jr. They are just so damned noble.
I hear this show described as “dark,” but I never think of it that way, despite all the death and desperation in it. All of that is redeemed, for me, by the numinous nobility of these characters. They seem to make life worth living, even there and then.
Eponine, cursed to be the daughter of the Thenardiers, loves Marius hopelessly, and is willing to sacrifice everything for the happiness of a man who will never love her.
Stephens’ “On My Own” solo must have kicked up a good amount of dust in the theater. A lot of it seemed to end up in my eyes.
And finally there’s Foley as Valjean, a man embittered by a long and unjust imprisonment who betrays a kindly bishop, only to be forgiven yet again. This stunning act of charity is the catalyst that transforms Valjean into a kind of secular saint, asking nothing, shouldering burden after burden, saving person after person. Foley carries off this difficult role with a voice that is piercingly heroic, yet never overbearing, and eyes that can project a convincing sympathy. We believe him.
Listen to Foley pray “Bring Him Home,” listen to the people sing, and as this show ends your knees will straighten and propel you right onto your feet.
I never give standing ovations, but I did this time, and I wasn’t alone.
Incidental intelligence: The Little Theatre’s version of this Cameron Mackintosh-produced musical features production stage management by Bill Munoz. The cast includes Anna Zaccari, Ethan Carpenter, Carl Hulden, Charles South, Adam Molloy, Matthew Deitchman, Jared Titus, Jason Weitkamp, Vincent Diperi, Joshua Phan-Gruber, Jack Scott. The show runs through March 3. For tickets, call The Little Theatre On The Square Box Office at 217-728-7375.
Posted by Dan Hagen at 10:42 AM No comments:

On the Sunny Side of Sanity 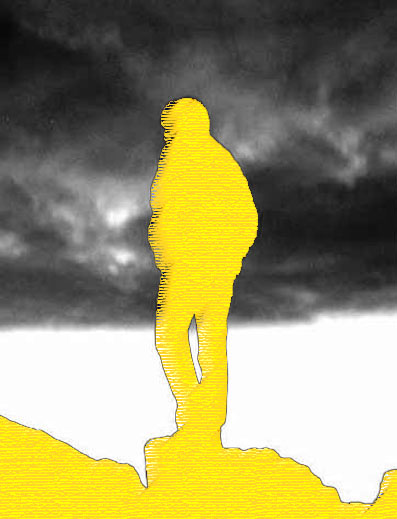 E.M. Forster wrote, “The author looks for what is permanent, even if it is sad; the man looks for what is cheerful, and noble, and gracious, even if it is transitory … I uphold optimism in life. I do not at present uphold optimism in literature.”
Although Matt has dubbed me “Danny Downer” for my view of our political, economic and social erosion, I’m actually in favor of optimism bounded by realism. Pessimism is inherently self-defeating, and optimism unbounded by realism becomes tragedy, which is something I like to avoid whenever possible, except on stage.
In other words, “The first rule is to keep an untroubled spirit. The second is to look things in the face and know them for what they are.” That’s my favorite quote of all, from Marcus Aurelius.
Posted by Dan Hagen at 5:54 AM No comments:

The Unkindest Cuts of All 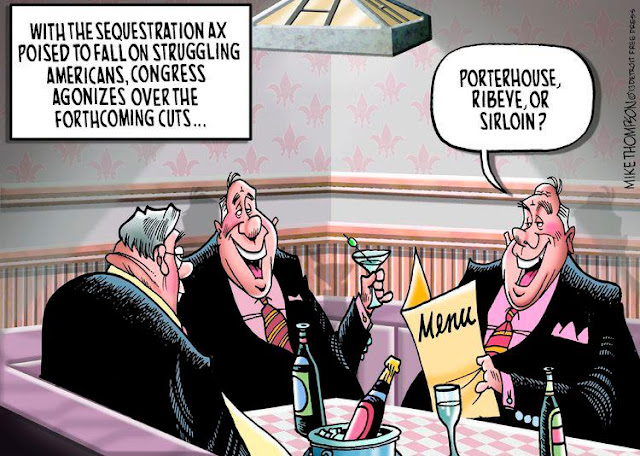 "Yes, isn't it JUST AWFUL, all that money these socialists waste on old people? They're all worn out, and the corporations can't even use them to sweep up any more, so they're just worth NOTHING, economically. Pass me the canapes, would you, darling? And DO try the Montrachet 1978 from Domaine de la Romanée-Conti. One of my dear little lobbyists gets it for me by the case."
Posted by Dan Hagen at 1:50 PM No comments: