About Books: Talion by Mary Maddox

By Dan Hagen
Lu Jakes doesn’t have a chance.
She never had one. She’s a teenager trapped in a Utah trailer with a drunk for a dad and a sadistic slattern for a stepmom. Her only friends are phantoms in her head. And now she’s attracted the attention of a sexual torturer and serial killer… 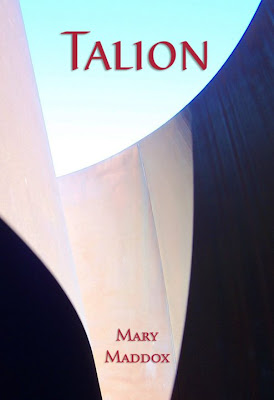 Lu is the protagonist of Eastern Illinois University English professor Mary Maddox’s thriller “Talion” (now available from Amazon), a dark gem she has polished to a purple luster.
Peer inside. You’ll see a crime novel, and something else lurking there in the shadows. “Silence of the Lambs” meets “The Turn of the Screw.”
Like other unhappy people, Lu has escaped into her head, where supernatural figures dwell — avian Black Claw and shape-shifting Delator and, chief among them, silver-eyed Talion, a shining, translucent hero-image off the cover of a romance paperback. A child refused love, she has seemingly reinvented it for herself.
Are they multiple personalities? But these fantasy figures seem to know things that Lu doesn’t know, couldn’t possibly know. How? And, as their whispered guidance takes a sinister turn, whose side are they really on?
So doom is coming at Lu from at least two directions, because someone else is also warming his tortured psyche with romantic delusions.
Outwardly the ineffectual, mocked college professor Conrad, inwardly he’s an implacable villain who has dubbed himself “Rad.” A highly intelligent, self-described “hunter of a thousand faces,” he exults in the exquisite excruciation of his victims. He thinks that harming people is proof of power, not seeing that it’s really a ringing declaration of weakness. 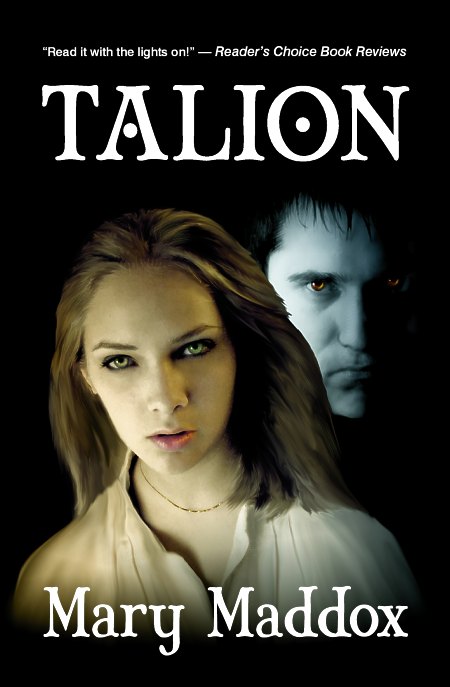 Fatuously but nevertheless fatally, Rad imagines himself a hawk that rends pretty songbirds in his talons. Maddox manages to make him both ludicrous and frightening, a neat and yet convincing trick.
The story is propelled by suspense, and made delicious by Maddox’s Ray Bradbury-like gift for deft, deep-shadowed description. “The ticking of the grandfather clock made her think of bored skeletons tapping their fingers.” Gamblers “stick like iron filings to magnets around the craps and blackjack and roulette tables.” And Rad has eyes “as blue and transparent as the swimming pool, only there’s nothing at the bottom.”
Despite her fantastic friends, Lu displays a matter-of-fact, worm’s-eye view of the world that not even she appreciates, but that might just manage to save her life… Those last hundred pages just about turn themselves.
Posted by Dan Hagen at 7:57 AM