The Teddy Bear of Bare Attention 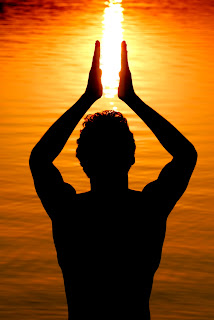 “Like a stray dog that has no owner, the stray thoughts that are attended to with bare attention are treated as if they, too, are ownerless,” observed Dr. Mark Epstein in his book Thoughts Without a Thinker: Psychotherapy from a Buddhist Perspective.
The Buddhist concept of bare attention is akin to the psychological process known as “transitional space,” Epstein observed.
“Long recognized as the crucial stepping stone between infantile dependence and the ability to tolerate being alone, transitional space has been called an ‘intermediate area of experience’ that permits the child a feeling of comfort when separated from the parents.”
“The transitional object — the teddy bear, stuffed animal, blanket or favorite toy — makes possible the movement from a purely subjective experience to one in which other people are experienced as truly ‘other.’ Neither ‘me’ nor ‘not-me,’ the transitional object enjoys a special in-between status that the parents instinctively respect. It is the raft by which the infant crosses over to the understanding of the other.
“Many qualities of the transitional object — its ability to survive intense love and hate, its resistance to change unless changed by the infant, its ability to provide refuge and warmth and its gradual relinquishment — are all shared by bare attention… (which) is different from our usual subjective awareness and has been portrayed in the Tibetan tradition as a kind of ‘spy consciousness’ that observes from the corners of the mind.”
“An image that is sometimes used to convey this constancy is that of a stream rushing under a stone bridge. Through bare attention, it is said, the meditator becomes not like the stream but like the bridge with the stream rushing underneath.”
Epstein describes bare attention as “… impartial, nonjudgmental and open. It is also deeply interested, like a child with a new toy.”
Posted by Dan Hagen at 7:22 AM No comments:

The Fears of the Fascists 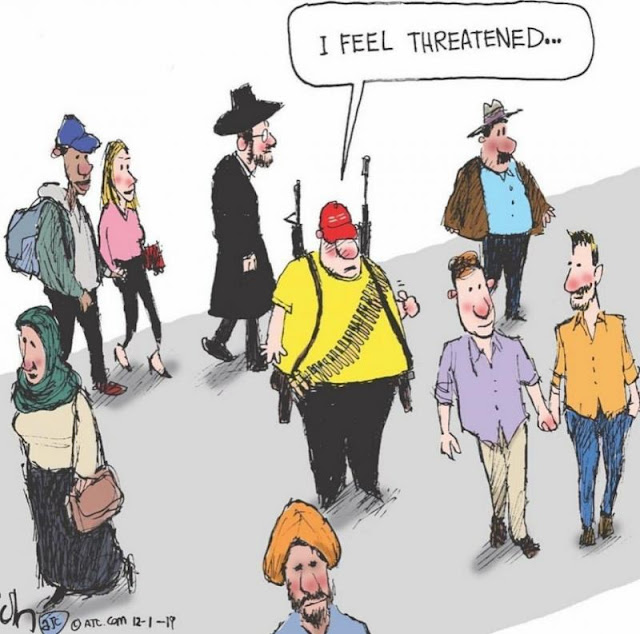 The 21st century GOP is entirely fascist, from Dumbass Donald and Moscow Mitch at the top right on down to the snickerdoodle-baking, church-going granny who’s sure all problems can be traced to those awful “Chicago people” (hint, hint) that Fox News keeps warning the old bats about.

The Three Selves of Mary Oliver 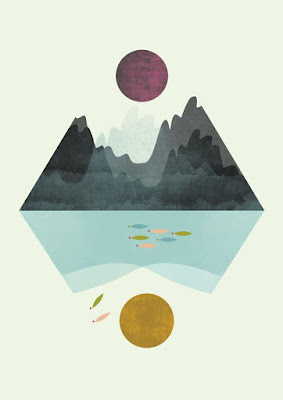 “Certainly there is within each of us a self that is neither a child, nor a servant of the hours,” wrote poet Mary Oliver. “It is a third self, occasional in some of us, tyrant in others. This self is out of love with the ordinary; it is out of love with time. It has a hunger for eternity.
“Intellectual work sometimes, spiritual work certainly, artistic work always — these are forces that fall within its grasp; forces that must travel beyond the realm of the hour and the restraint of the habit. Nor can the actual work be well separated from the entire life. Like the knights of the Middle Ages, there is little the creatively inclined person can do but to prepare himself, body and spirit, for the labor to come — for his adventures are all unknown.
“In truth, the work itself is the adventure. And no artist could go about this work, or would want to, with less than extraordinary energy and concentration. The extraordinary is what art is all about.”

The Fact-Free Fascism of Fox News 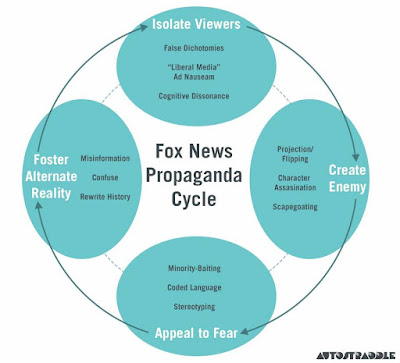 Fascism is marked by nationalism, militarism, sexism, racism, repression of labor, worship of corporate power, controlled mass media, contempt for intellectuals and education, religiosity used for political manipulation, rampant cronyism and corruption, fraudulent elections, obsession with national security and the destruction of civil liberties — all the flavors Fox News sells to fools all day, every day.
In its constant quest to gaslight its willing victims, Fox News uses panic mongering, character assassination and ad hominem arguments, psychological projection and flipping, the rewriting of history, scapegoating, conflation of violence with power, bullying, confusion, populism, invocation of the Christian God, saturation, the disparagement of education, guilt by association and diversion.
Fox News’s most basic propaganda technique is simply to lie about facts, and it does so constantly. For example, which political party a politician belongs to isn't a matter of opinion. It's a fact Fox News lies about.
Fox News suddenly identified disgraced Republican Gov. Mark Sanford of South Carolina as a Democrat on the very day he admitted his philandering.
A coincidence? But Fox News also suddenly changed Congressman Mark Foley's party affiliation from Republican to Democratic the very moment it was inescapably confirmed that Foley was sexually soliciting teenage male pages in Congress.
Every “mistake” Fox News makes manages to falsely malign Democrats and/or shield guilty Republicans.
Odd, isn’t it?
Posted by Dan Hagen at 5:47 AM No comments:

The Admirable Energies of the World 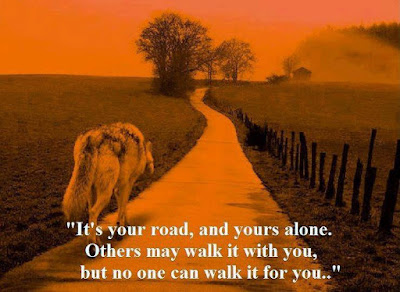 From Mary Oliver’s “Upstream,” a book of essays:

“You must not ever stop being whimsical.
“And you must not, ever, give someone else the responsibility for your life.

“I don’t mean it’s easy or assured; there are the stubborn stumps of shame, grief that remains unsolvable after all these years, a bag of stones that goes with one wherever one goes and however the hour may call for dancing and for light feet.
“But there is, also, the summoning world, the admirable energies of the world, better than anger, better than bitterness and, because more interesting, more alleviating. And there is the thing that one does, the needle one plies, the work, and within that work a chance to take thoughts that are hot and formless and to place them slowly and with meticulous effort into some shapely heat-retaining form…”

Really Going with the Flow 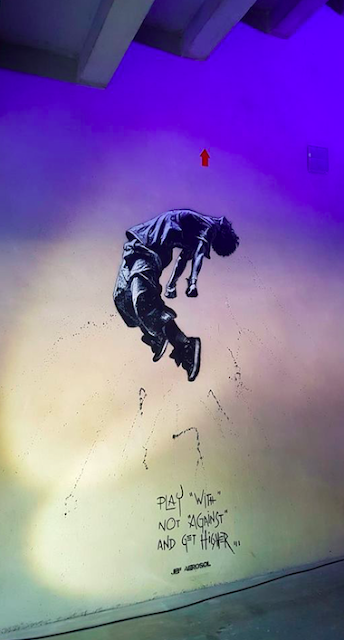 “Csikszentmihalyi defines flow as a human state of optimal functioning, a dynamic balance of challenge and skill,” wrote Sky Nelson-Isaacs. “In the proper activities and under the proper conditions, we become one with our lives, enacting ‘a complete focusing of attention on the task at hand — thus leaving no room in the mind for irrelevant information.’ When we are in a state like this, thinking and feeling become integrated, with neither controlling the other.”
Posted by Dan Hagen at 6:34 AM No comments:

Email ThisBlogThis!Share to TwitterShare to FacebookShare to Pinterest
Labels: Mindfulness

Now, for Analysis, Let's Hear from the Wishy-Washy Moderate and the Right-Wing Nut Job