A Showdown in Ink and a Man for Breakfast


Battles were fought more often with ink than with lead in the Tombstone, AZ, of the 1880s.

The showdown at the O.K. Corral reignited a running battle between the town’s two major newspapers that had its origins in the animosities of the Civil War. The Tombstone Epitaph backed the Northern-oriented, Republican business interests and the Earps, while the Tombstone Nugget backed the Southern-sympathizing, Democratic rancher and “cowboy” faction (“cowboy” then being a term that referred to a red-sashed band of violent cattle thieves).
The Nugget was owned and edited by boyish-looking, blond Harry W. Woods, who also served as undersheriff. A former territorial legislator in Tucson, Woods had once jumped out a window to prevent lawmakers from having a quorum on a bill he opposed. Woods was an energetic politician but not much of a lawman, and had shamed himself throughout Arizona when he either ineptly or corruptly permitted the escape of Luther King, a stagecoach robber who had been tracked and arrested by the Earps.
After the Earps and Doc Holliday fought and killed cowboys Billy Clanton and Tom and Frank McLaury near the O.K. Corral on Oct. 26, 1881, the Nugget mourned their loss, and townspeople who had initially backed the Earps became increasingly suspicious of them. The Nugget helped get the Earps and Holliday charged with murder, but the prosecution’s case crumbled at the preliminary hearing and charges were dismissed.
Newspapers of the 19th century rarely let fact interfere with partisanship. The Epitaph reported every cowboy crime in the county, while the Nugget accused the Epitaph of driving away business investment by over-reporting crimes committed by the faction the Nugget backed. The Nugget’s frequent references to baldness were shots at Tombstone Mayor John P. Clum, who was nearly murdered by cowboys in a wild stagecoach ride that was apparently an assassination attempt.
The Nugget was mocked by the San Francisco Report newspaper for its maudlin “drooling and driveling over the three murderous young thieves who were executed in such and inexpensive and timely manner.”
The Report dubbed the Nugget “the Daily Cowboy,” a nickname that delighted the editor at the Epitaph. The Nugget, in turn, helped hang the nickname “the Daily Strangler” on the Epitaph, accusing the paper of supporting anti-cowboy vigilantism.
The Nugget accidentally gave Tombstone a nickname that stuck — “Hell Dorado,” a pun that connected the violent mining town to the legendary riches of El Dorado. And the Epitaph, republishing a remark originally made in the Harshaw Bulletin, popularized a phrase that became Tombstone’s historic legacy — the town that “(has) a man for breakfast occasionally.”
The expression was a way of saying that Tombstone citizens would awaken in the morning to find a freshly murdered corpse on their streets. While that wasn’t strictly true, given the fact that most of the killings were committed in the remoter parts of Cochise County, it was true enough.
Sources: “Inventing Wyatt Earp: His Life and Many Legends," Allen Barra; “Wyatt Earp: The Life Behind the Legend,” Casey Tefertiller
Posted by Dan Hagen at 5:31 AM No comments:

This time, O'Reilly's lie was so glaring that he was forced to acknowledge it and pretend he made a mistake. Actually, he didn't — he was merely following the usual Fox fascist propaganda script of factual lies.
Fascism, by the way,  is marked by nationalism, militarism, sexism, racism, repression of labor, worship of corporate power, controlled mass media, contempt for intellectuals and education, religiosity used for political manipulation, rampant cronyism and corruption, fraudulent elections, obsession with national security and the destruction of civil liberties — all the flavors the scum at Fox News sell all day every day.

“She loved solitude and needed it as a plant needs light.”
— Edmund White, “City Boy”
Posted by Dan Hagen at 4:12 AM No comments:

Meanwhile, In a Weird Parallel World... 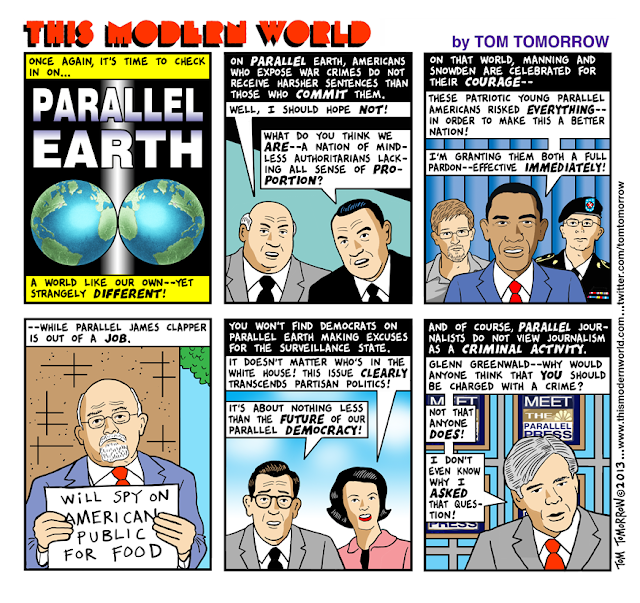 The Horse at the O.K. Corral


Before the gunfight at the O.K. Corral, Tombstone Deputy Marshal Wyatt Earp watched Frank McLaury and 19-year-old Billy Clanton walk into Spangenberg’s Gun Shop to fill their cartridge belts with the ammunition they planned to use to kill the Earps and Dr. John Henry Holliday.

McLaury’s horse must have been fond of him, because it strolled up the wooden sidewalk and stuck its head inside the door of the gun shop. Wyatt startled McLaury and Clanton by walking up to the shop and leading the horse away. When the angry McLaury charged out to grab the reins from Wyatt, the lawman coolly warned him that letting his horse wander onto the sidewalks was a violation of a city ordinance.
Violation of another city ordinance — the one against carrying firearms inside city limits — had gotten Billy’s brother Ike pistol-whipped over the head earlier by Virgil Earp. Ike joined the others at the gun shop to buy a pistol. Owner George Spangenberg looked at Ike’s bleeding head, remarked that it looked like Ike had been in trouble and said that he therefore refused to sell Ike a gun — demonstrating that gun dealers in the “Wild West” were sometimes smarter and more ethical than the ones today.
Wyatt Earp has been portrayed at least 10 times on the movie screen, by everyone from James Garner to James Stewart, but in none of the films, to my knowledge, does a horse poked his curious head into the gun shop just prior to the big battle.
And why not? A little comic relief can provide just the right, light touch in a melodrama. And the unlikely scene would have the additional advantage of being true.
Sources: “Inventing Wyatt Earp: His Life and Many Legends," Allen Barra; “Wyatt Earp: The Life Behind the Legend,” Casey Tefertiller
Posted by Dan Hagen at 3:09 AM No comments: 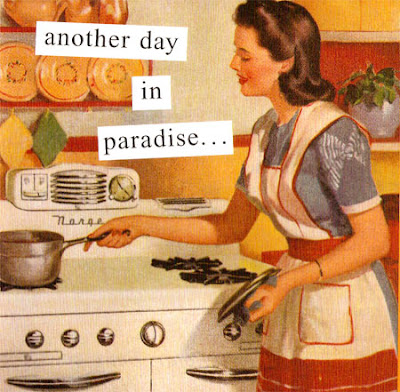 By Dan Hagen
Reread the domestic humor of writers like Shirley Jackson, Jean Kerr and Erma Bombeck a half-century later, and you may detect a familiar undertone — the chatter of forced cheer mixed with a hum of quiet, if not desperation, at least constraint.
These were writers of considerable talent, a fact that gave them an outlet of expression largely denied to their audience — women raising large postwar baby boomer families who probably dreamed of other careers growing up, but found themselves bound to the lonely routine of housework. They felt unappreciated. People may pay lip service to drudgery, but nobody respects it much.
So, in magazines like “Woman’s Day” and “Good Housekeeping,” you could find short purported memoirs describing the life of a housewife as a lark of minor absurdities surrounded by reassuring routine. The happy home life was the hot fudge sundae, and those weird kids and that oblivious Mr. Magoo of a husband were the tasty sprinkling of nuts.
Those pieces from the late 1940s into the 1950s became a kind of cottage industry for freelance writers, and were reprinted in hardcover with titles like “Life Among the Savages” and “Please Don’t Eat the Daisies.” Movies were made. The pickings were choice enough that even some male writers started to poach in the field with books like “Mr. Blandings Builds His Dream House.”
And yet, with the women writers, there’s something unsettled there beneath the smiles. This was the freelance market of their discontent. Amplifying domestic trivia into Thurber-level wit was no easy feat to begin with, and it had to be done under editorial restraints as stringent as those for sonnet writing. No martini-fueled drunken rows. No despair. No rage. No childhood polio or kleptomania or sexual acting-out. No genuinely hostile in-laws. Certainly no infidelities, either imagined in vivid detail as you waited alone in the silent house for his return or performed yourself, in frustration, in resentment, in a search for a thrill that might make one of those days vary from the sameness of all the rest.
Sometimes you can see the outlines of those darker absurdities that the women might have wanted to include. Shirley Jackson, for example, talks about the period when her son kept attributing his own misdeeds to another boy at school who didn’t exist. She plays the experience for laughs, but it’s the sort of thing that must have caused parents some anxious nights, some whispered conversations.
Restraints can channel artistic composition, but they can also inhibit it, particularly overtly commercial restraints. What editors demanded be censored in these stories may sometimes have been the most powerful undercurrent in the housewives’ lives.
Transient entertainments might have been elevated to something more enduring in these compositions, had editors not silenced the cellos and the oboes and demanded to hear only the flutes, always just the flutes.
Posted by Dan Hagen at 4:46 AM No comments:

All You Need Is Less 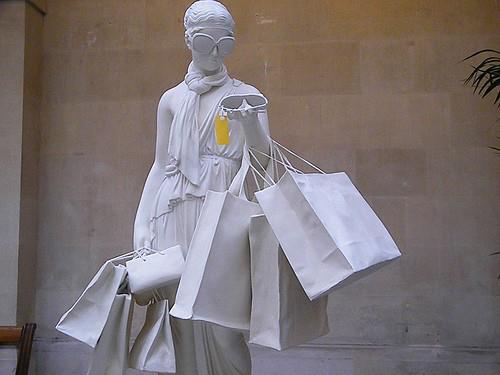 You should be practical about money. That necessarily means that you should not be obsessed with money, as most Americans are. Practicality always exits when obsession joins the party.
And the venal duplicity of commercialism that inevitably taints the atmosphere insures that nobody left at the party is going to be too happy.
Buddhist thinkers and stoics share a disdainful sense of perspective about wealth.
“The only wealth which you will keep forever is the wealth you have given away,” said Marcus Aurelius who, as Roman emperor, knew something about great wealth.
“The reason we have poverty is that we have no imagination,” wrote the Zen thinker Alan Watts. “There are a great many people accumulating what they think is vast wealth, but it’s only money... they don’t know how to enjoy it, because they have no imagination.”
Posted by Dan Hagen at 7:18 AM No comments: 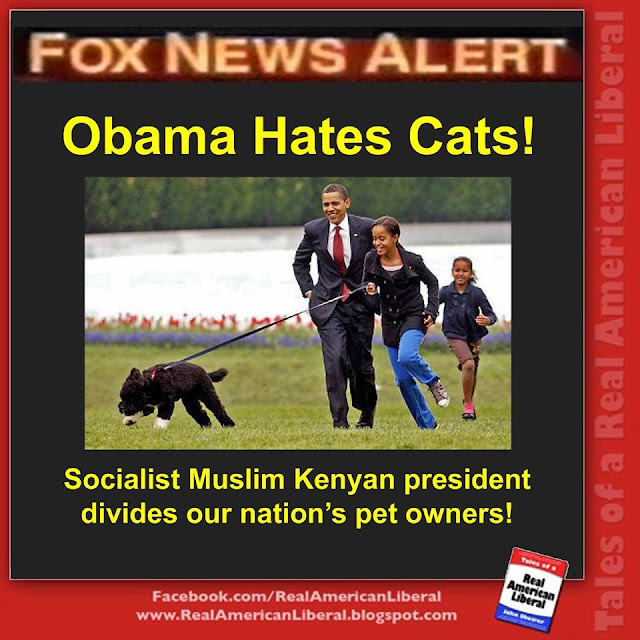 Want to meet the opposite of the Oklahoma killer teens who hunt human beings because they’re bored? Here he is. Just click the link.
Posted by Dan Hagen at 10:28 AM 3 comments:

They're Transparent, All Right, But Not in the Way They Mean 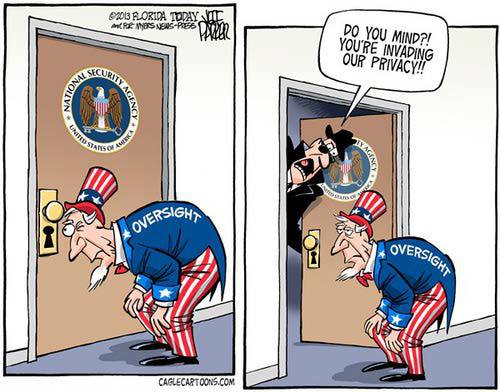 Yes, yes, yes, I know. The government of a "democratic republic" gets to spy on every last phone call, email and bowel movement in the lives of its "citizens," but the "citizens" are entitled to know nothing about the "classified" secret crimes of the "democratic republic." Why, it's an ideal system, just as the corporate media has been instructed to tell us. I marvel at its "transparency."
Posted by Dan Hagen at 10:06 AM No comments: