The Best Trick of the Ruling Class 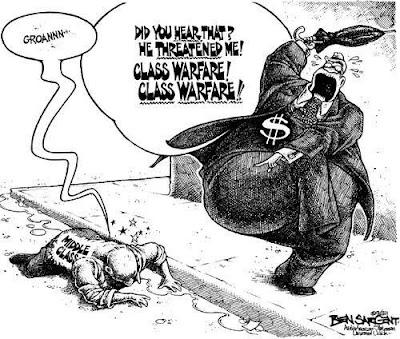 
Remember that "class warfare" that the rich constantly assure us they are not waging against us in America? Can you hear the detonations now?
The ruling class's absolute best trick is to create the illusion of a "classless society." 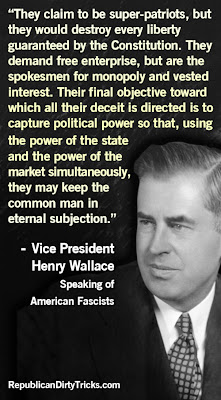 Actually, they're not too good at it, but luckily their American audience is EXTREMELY gullible.
Unpunished torture, unpunished trillion-dollar financial fraud, unpunished spying on ordinary citizens, unpunished election fraud, unpunished ocean-poisoning, unpunished war-making based on lies — the so-called "rule of law" is something that the ruling class has risen above. That's what it MEANS to be ruling class in 21st century America. Law and ethics are for the peasants, to keep them in line, out of the way and ripe for further exploitation.
And no, rich people don't “give” anybody jobs. What gives people jobs is consumer demand created by decent middle-class wages. What rich people do is ship the economically illiterate right wingers’ jobs overseas while they applaud.
Actually, Republicans LOVE class warfare. They just don’t like it when the middle class and the working class fight back.
Oh, the Republicans are quite serious about using the national debt they have deliberately exacerbated as a weapon to finish off the American middle class. They want to effectively reduce ordinary Americans to the level of feudal serfs. So much more manageable that way. Serfs don't dare talk out of turn, do they?
And when the Republicans have succeeded in destroying the social safety net and all American unions, and reducing the American standard of living to third-world subsistence with no benefits, just who will drive America's "consumer economy?" No one. It will be dead, along with the great American middle class. And without a broad middle class, no democratic republic can survive. PERIOD. End of the American story. 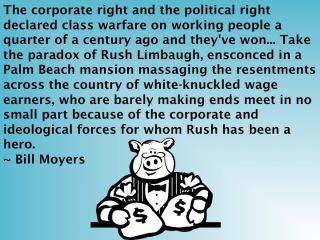 Despotism has been the rule for most of human history. It was 20th century America — with its broad, comfortable, public-school educated and accessible middle class — that was the exception, not the rule. And we've let the despots kill it by permitting them to bamboozle the boobs.

"If we were herded like cattle, there was a certain rough poetry to that. Wall Street has never needed less from ordinary people to generate its wealth, which is why corporate profits are so high during a period of massive unemployment and a decaying middle class. But it still needs us a little. Our labors and debts are still the raw material that Wall Street slices, layers, bundles, and sells for its financial instruments. Our household finances are to Wall Street derivatives what cows are to hamburgers."
— RJ Eskow 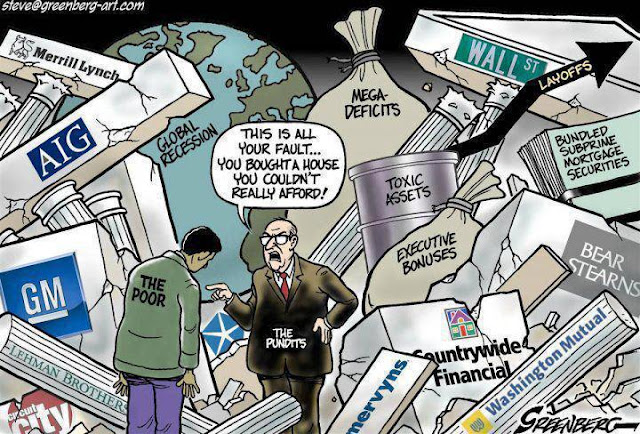 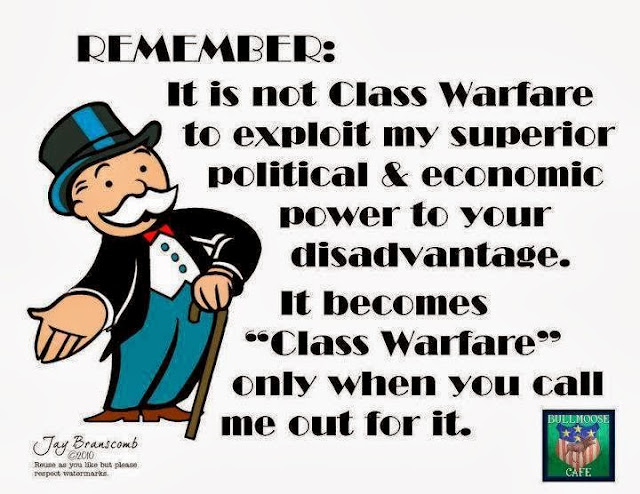