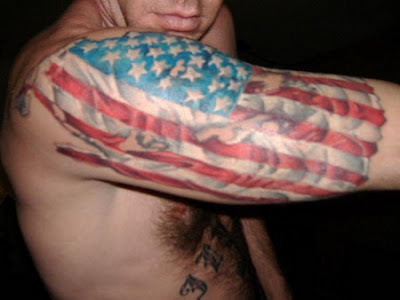 in the House of Representatives

* Mr. POSHARD. Mr. Speaker, I rise today to share with the House a recent article that was written by one of the finest newspapermen in the business. Mr. Dan Hagen, managing editor of the Sullivan News Progress, shared with his readers a thoughtful, and persuasive article dealing with one of the most highly controversial issues facing America. The debate over a constitutional amendment to prevent flag desecration has left the House, but is not over. I hope that my colleagues will take this opportunity to read Mr. Hagen's views--they are truly insightful.

Too often, we confuse the shadow with the substance, the symbol with the reality.

This is certainly the case in the current debate over the proposed amendment to ban flag burning as a form of political expression. The reality is that the flag is merely a symbol of the United States, which means a symbol of the Constitution and the Bill of Rights. The latter are the charter and the expression of the guiding principles of the U.S., dedicated to the ideal of human liberty.

Such confusion reigns when amendment supporters claim that people have fought and died for the flag. That would be horrible, if literally true. But presumably they did not, in fact, fight and die for a piece of cloth, but for what the piece of cloth represents.

The flag is not even the most eloquent symbol of the United States. The eagle, the Liberty Bell and the Statute of Liberty are more expressive. The flag is an arrangement of colors and patterns which do not, in and of themselves, convey meaning. This is a source of the flag's widespread popularity, because a great deal can be read into it. But it is also the flag's weakness as a symbol, because too much can be read into it. While I can look at the flag and see the ideal of human liberty, nothing prevents someone else from looking at it and seeing the necessity of blowing up a federal building.

The energies spent in this amendment campaign would serve the United States far better if they were redirected into a campaign of public education concerning the only dimly understood meaning of the flag. Patriots may be irritated when someone burns a flag in protest, but they should shudder in horror the next time a survey reveals great numbers of ignorant mall dwellers who not only fail to recognize the Bill of Rights when it is presented to them, but believe that it should be opposed on the grounds that it seems `radical.' Free and robust debate can never harm the U.S., but ignorance of its basic principles can destroy it. 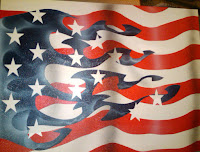 Flag burnings have declined since the Supreme Court wisely noted that they are a protected form of free expression. In part, this is because many of today's political protesters regard themselves as patriots. But it's also because the Supreme Court's ruling, in acknowledging the legitimacy of flag burning, effectively defused its power as a symbol. If, in response to the threat of flag burning, American society merely responds, `Go ahead. It's your right,' the would-be flag-burners are quickly off to find some more innovative means of getting people's attention. Ironically, through, if flag burning is banned, it will inevitably increase. The creation of jailed martyrs is a sure attention-getter, and an irresistible temptation to protesters.

Nor would the banning of flag burning as political expression do anything to prevent the far more common insults daily endured by Old Glory. The flag is routinely employed in advertisements as a tool to sell floor tile and used cars and--even worse--politicians.

Any flag that can survive the contamination of being draped around the shoulders of Spiro Agnew is surely impervious to mere flame.

Is the flag damaged when it is burned by political protesters? No, but the reputation of the protesters is, by virtue of the fact that they have revealed themselves to ignorantly hold in contempt the nation which has been and continues to be the last, best hope for human liberty.

Nor is flag burning a protest which leaves the frustrated patriot without an answer. If a flag is burned, the proper and effective response is to fly your own.

A symbol is just that, a symbol, and not the thing itself. To presume that one can do damage to what is symbolized by damaging the symbol is to engage literally in voodoo thinking, and one might as well start sticking pins in dolls. 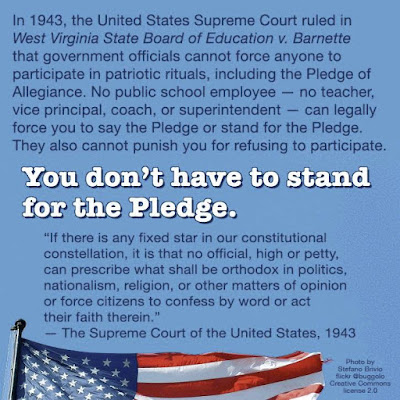 So the purpose of banning flag burning is not to protect the United States of America. It
(The only purpose of this amendment) is to protect the feelings of those who are offended when they see a flag burned in political protest. But the protection of free expression is precisely what the First Amendment to the Bill of Rights, and therefore the flag itself, is all about. Inoffensive speech is never in danger of being banned, because no one has a reason to ban it. And anything actually worth saying is sure to offend someone, somewhere. Therefore, if free speech has any meaning, it means the protection of offensive expression. The distance between banning the burning of flags and requiring the burning of books may be much shorter than we think.

"But is nothing sacred?" amendment proponents ask. Well, the flag certainly isn't. It is a secular symbol deliberately lacking religious weight, and therefore can't be "sacred," in the strict sense. But if a supernatural analogy is needed, we would be seeing the situation more clearly if we viewed the flag in terms of the mythological phoenix, which always flies — whole and renewed — out of its own ashes.
Posted by Dan Hagen at 5:52 PM