Six Feet Under Your Ground 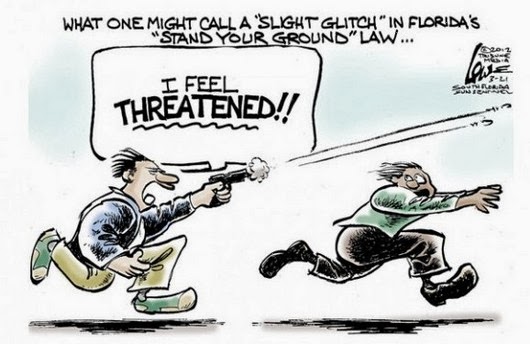 Kill a kid
Kill for a fee
Kill an n-word
Hell, kill me
Yell “stand your ground!”
And go scot free.
Posted by Dan Hagen at 9:50 AM No comments: 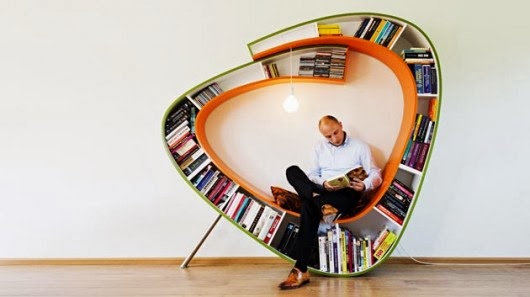 To be able to entertain and enlighten yourself with a book is one of the great personal fortresses of life.
Posted by Dan Hagen at 2:51 AM No comments:


During the 1956 Jamaican sojourn when he was writing “From Russia With Love,” Ian Fleming’s unlikely houseguest at Goldeneye was Truman Capote.
The tall, womanizing English spy novelist and the tiny, effeminate American writer got along well. The creator of James Bond described the creator of Holly Golightly as a “fascinating companion” who told “wonderful stories all day long when we weren’t working.”

When Fleming’s young, wealthy racehorse fancier friend Billy Woodward was shot to death by his wife, Fleming dedicated a novel, “Diamonds Are Forever,” to his memory, no doubt wishing Woodward had heeded him when Woodward asked Fleming what to do about his socially inept ex-showgirl wife, Fleming replied, “Divorce her, old boy. Divorce her.” Capote fictionalized the tragedy in his novella “Answered Prayer.”
Fleming’s wife, Ann, was in England while Capote was Fleming’s 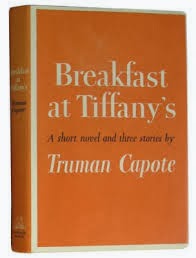 houseguest, and was amused by the notion of them staying together with Noel Coward and Cole Lesley as friendly neighbors.
“Goldeneye was the last heterosexual household,” she quipped. “What will its reputation be now?”
Source: “Ian Fleming” by Andrew Lycett


Traveling to Chicago by train in November 1954, Ian Fleming dined on surprisingly good oysters and steak. His longtime American friend Ernie Cuneo joked that they’d already reached Albany before Fleming had finished explaining to the steward how his martinis should be mixed.
Chicago, to Fleming, meant Capone and tommy guns, and he was boyishly eager to see the site of the St. Valentine’s Day massacre. But Cuneo insisted that they first visit something completely different: the Chicago Art Institute.
Fleming may have been annoyed at first, but upon arrival he was enraptured.
Behind the bronze lions guarding the entrance of the museum are, among other masterpieces, Seurat’s “Sunday Afternoon on the Island of La Grande Jatte,” Monet’s “Haystacks” and “Water Lilies,” Renoir’s “Two Sisters,” Hopper’s “Nighthawks,” Van Gogh’s “Self Portrait” and “The Bedroom,” Picasso’s “Sylvette” and “The Old Guitarist,” Cézanne’s “The Basket of Apples,” Toulouse Lautrec’s “At the Moulin Rouge” and Gauguin’s “The Old Woman of Aries.”
“He commented in subdued tones,” Cuneo recalled. “It was as near as I ever saw him come to reverence.”
Cuneo teased him, asking, “Rather nice to find something like this out on the great American prairie, don’t you think?”
“Those pictures have no goddamned right to be in Chicago,” Fleming barked.
So sad. The sophisticate had been schooled.
Source: “Ian Fleming” by Andrew Lycett

Rise From Your Knees. Stand Up for the Light 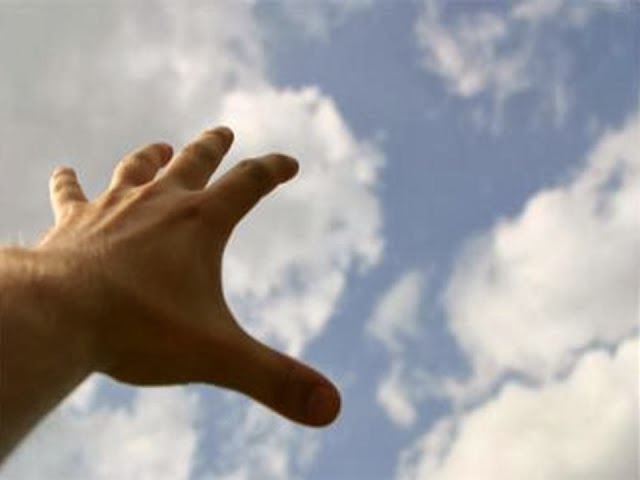 What Are You Waiting For? Shine the Signal! 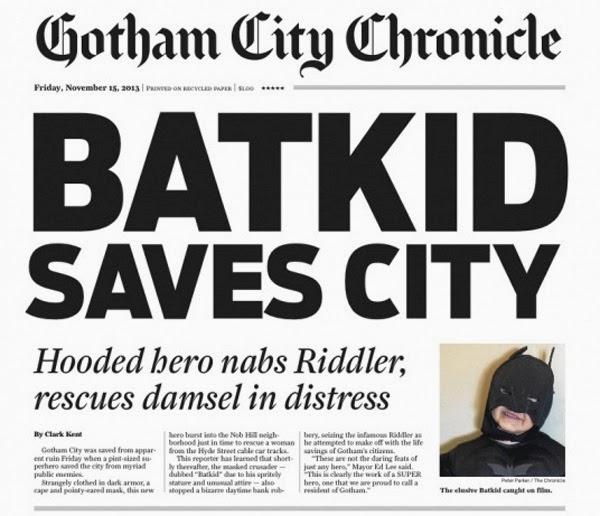 "Maybe we don’t want to live in a world where incredibly strong people rage through our cities, toppling buildings as if they were individual stalks in the Kents’ cornfield. But the desire to believe a man can fly, or that a billionaire might devote himself to saving a city — and not just by banning smoking and giant sodas — is a compelling one. And even if we can’t imagine ourselves landing punches or inventing super suits, there’s a real charm to the dream of tipping off a superhero, or even just watch one rush by." — Alyssa Rosenberg
Posted by Dan Hagen at 7:15 AM No comments:

You Only Write Twice 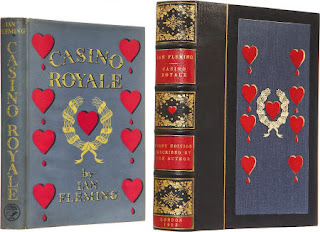 Why Fox News Hates the Poor 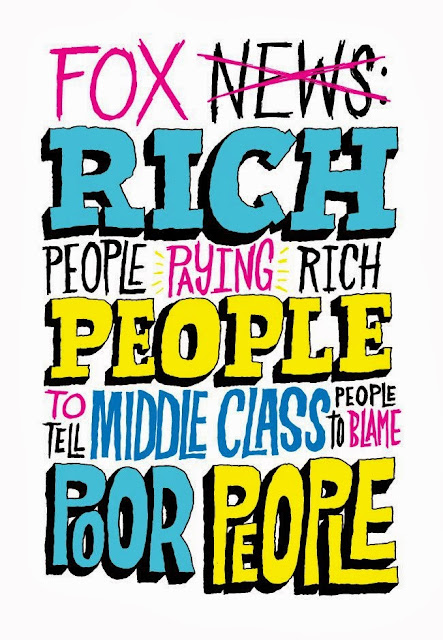 Fox News is the propaganda arm of the GOP, and Republicans worship only money and actively loathe people who do not possess it -- including, ironically, themselves. The Republicans are fearful of a society in which money might not trump and crush all legal rights and social privileges.
Posted by Dan Hagen at 12:12 PM No comments:

Where I Was When It Happened


I was in fourth grade in Effingham, and my teacher, a kindly older woman, sent me down the hall to the principal's office to see if the president was going to survive. The principal just looked at me and said, "He's dead." It was a long walk back to the classroom, and I stood in the door and told them.

The kids in the room burst in to tears and sobs, all except for a boy who sat in the back, whose parents were rabid Republicans. He laughed and cheered.
The teacher walked slowly to the back of the room and gave his face a full, ringing slap.
Then he cried.
Posted by Dan Hagen at 9:54 AM No comments:

An Avian Smile to Cut the Gloom 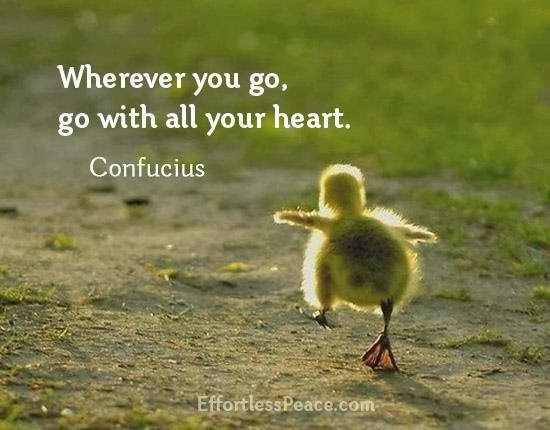 Click here to start the smiles.
Posted by Dan Hagen at 11:26 AM No comments:

Email ThisBlogThis!Share to TwitterShare to FacebookShare to Pinterest
Labels: Happiness

Ever Seen the Face of a Time Bomb? 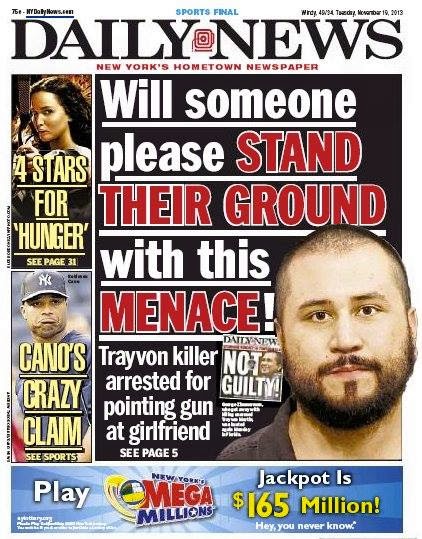 “Given all we know now about Zimmerman and all the additional evidence he's provided us with post-acquittal, there's simply no reason to doubt the worst case scenario of how Trayvon Martin died. The only real question is whether Zimmerman shot him in cold blood or killed him during the confrontation he himself forced to happen.” — Josh Marshall
Posted by Dan Hagen at 6:06 AM No comments:

The Battle of the Sexes, Fair and Unfair


James Bond’s attitude toward women has been much criticized, but it wasn’t fictional. It precisely matched his creator’s.
Even the melodramatic tragedy characteristic of 007’s relationships with women was prefigured in Ian Fleming’s real life.
Alan Schneider, a U.S. naval intelligence officer who knew Fleming during World War II, noted that women, whether English aristocrats or American officers, all got the same backhanded treatment from Fleming.
“He got bored with them fast and could be brutal about it,” Schneider said. “He had absolutely no jealousy. He explained to me that women were not worth that much emotion. But with it all, he had an abiding and continual interest in sex without any sense of shame or guilt.”
Fleming told Schneider that “…women were like pets, like dogs. Men were the only real human beings, the only ones he could be friends with.”
“The unreality of this pose was brought home to Ian rather brutally in mid-March 1944 when his faithful Muriel (Wright) was killed in an air raid,” wrote biographer Andrew Lycett.
“All such casualties are, by definition, unlucky, but she was particularly so, because the structure of her new flat at 9 Eton Terrace Mews was left intact. She died instantly when a piece of masonry flew in through a window and struck her full on the head. Because there was no obvious damage, no one thought to look for the injured or dead; it was only after her chow, Pushkin, was seen whimpering outside that a search was made.
“As her only known contact, Ian was called to identify her body, still in a nightdress. Afterwards he walked round to the Dorchester and made his way to Esmond and Ann’s (Rothermere’s) room. Without saying a word he poured himself a large glass of whisky, and remained silent. He was immediately consumed with grief and guilt at the cavalier way he had treated her. It only made matters worse to know she had just been put on her motor bike to collect 200 of his special order cigarettes from Morlands. He was immediately very sentimental about Muriel, refusing to return to restaurants they had once visited together.
“Dunstan Curtis, an old Etonian in his intelligence assault unit, commented cynically, ‘The trouble with Ian is that you have to get yourself killed before he feels anything.’”
The final irony is that the fictional womanizer James Bond was born, not of Fleming’s rakish bachelor days, but of his first marriage — at 43, to his pregnant mistress. Finding the prospect nerve-wracking, Fleming distracted himself by writing his first novel.
In 1952, his bride-to-be, the aforementioned Ann Charteris O’Neill Rothermere, recorded in her diary, “This morning Ian started to type a book. Very good thing.”
That very good thing was “Casino Royale.”
Source: “Ian Fleming” by Andrew Lycett
Posted by Dan Hagen at 5:15 AM No comments:

A Quiet Drink, Except for the Bombs


The bombs were falling, and James Kirkup’s hands were shaking. The gay poet, a conscientious objector during World War II, was in London for the weekend, up from the Essex farm where he worked.
Unlike the denizens of London, Kirkup was unaccustomed to the German Blitz, so, sitting in an otherwise-empty Piccadilly pub, he fortified himself with a glass of Algerian wine. And then in walked Ian Fleming.
The future creator of James Bond, then a naval intelligence officer, had been walking home when he was caught in the air raid. Kirkup sensed this man wasn’t gay. A raffish businessman, he decided.
“Ian looked at him quizzically, and asked, ‘What’s that muck you’re drinking?’ When Kirkup told him, Ian introduced himself, took a flask from his Burberry coat pocket and poured the young poet a stiff brandy. ‘Here, have a proper drink on me,’ he said.”
The men quickly discovered their keen, mutual interest in literature. “So, with the bombs still falling, Kirkup slowly recited one of his more labored and inscrutable works. When he came to the end, the air raid suddenly ceased. ‘You’ve stopped the Luftwaffe,’ shouted the Irish barman.
“‘That’s really quite sinister,’ announced Ian after some reflection. ‘I suppose the word ‘cottage’ has more than one meaning?’
“’If you like,’ replied Kirkup.
“’And I expect the ‘inspector’ is both a ticket inspector and a police inspector?’ continued Ian.
“The poet agreed that his words were not to be taken literally. ‘The inspector could be anyone in authority, come to take me away to the jail or the loony bin.’
“Ian sighed, ‘Your poor parents,’ — a veiled remark which Kirkup thought perceptive.”
As the all-clear sounded and the strangers parted in the night, Fleming asked for Kirkup’s address. He explained that he thought Kirkup’s cryptic poetry might just be cryptic enough to form the basis of a code to fool the Nazis.
Source: “Ian Fleming” by Andrew Lycett
Posted by Dan Hagen at 4:16 AM No comments: