Here in the Past 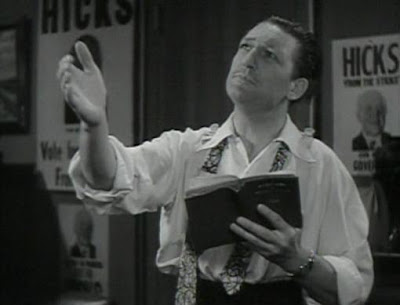 "(The candidate) is the dumbest human being I ever saw. We're going to convince the voters that they're getting one of them. That's what the voters want in these days of corruption and depression." So said Warren William in the film "The Dark Horse." Tell me, film fans, was that movie released in 1932, or the day before yesterday?