The Sardonic Adventures of William Scott

In A People’s History of the United States, Howard Zinn wrote, “A wounded American lieutenant at Bunker Hill, interviewed by Peter Oliver, a Tory, … told how he had joined the rebel forces:

“I was a shoemaker and got my living by my labor. When this rebellion came on, I saw some of my neighbors got into commission who were no better than myself. I was very ambitious, and did not like to see those men above me. I was asked to enlist as a private soldier …  I offered to enlist upon having a lieutenant’s commission, which was granted. I imagined myself now in a way of promotion: if I was killed in battle, there would be an end of me, but if my captain was killed, I should rise in rank and should still have a chance to rise higher. These, sir, were the only motives of my entering into the service, for as to the dispute between Great Britain and the Colonies, I know nothing of it…”

“John Shy investigated the subsequent experience of that Bunker Hill lieutenant. He was William Scott, of Peterborough, New Hampshire, and after a year as prisoner of the British he escaped, made his way back to the American army, fought in battles in New York, was captured again by the British and escaped again by swimming the Hudson River one night with his sword tied around his neck and his watch pinned to his hat.
“He returned to New Hampshire, recruited a company of his own, including his two eldest sons, and fought in various battles until his health gave way. He watched his eldest son die of camp fever (epidemic typhus) after six years of service. He had sold his farm in Peterborough for a note that, with inflation, became worthless.
“After the war, he came to public attention when he rescued eight people from drowning after their boat turned over in New York harbor, He then got a job surveying western lands with the army, but caught a fever and died in 1796.”
When Scott’s adventures ended, he was 54.
“Scott was one of many Revolutionary fighters, usually of lower military ranks, from poor and obscure backgrounds,” Zinn noted. “Shy’s study of the Peterborough contingent shows that the prominent and substantial citizens of the town had served only briefly in the war. Other American towns show the same pattern. As Shy puts it: ‘Revolutionary America may have been a middle-class society, happier and more prosperous than any other in its time, but it contained a large and growing number of fairly poor people, an many of them did much of the actual fighting and suffering between 1775 and 1783: A very old story.”
Zinn noted ironically, “Here, in the war for liberty, was conscription, as usual, cognizant of wealth.”
“The military conflict itself, by dominating everything in its time, diminished other issues, made people choose sides in the one contest that was publicly important, forced people onto the side of the Revolution whose interest in Independence was not at all obvious. Ruling elites seem to have learned through the generations — consciously or not — that war makes them more secure against internal trouble.”
Posted by Dan Hagen at 5:39 AM No comments:

An Indisputable Truth in Eleven Words

The Vectors of Virtue

Equanimity without apathy. Joyfulness without elation. Compassion without sentimentality. Love without attachment.
Aristotle said that a virtue stands between two vices, between deficiency and excess. So courage, for example, is the midpoint between cowardice and foolhardiness. Therefore a virtue is a personal quality held in the right degree, and created and maintained by habit.
Posted by Dan Hagen at 6:28 AM No comments: 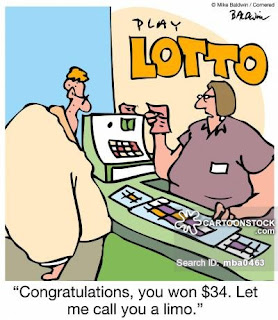 The back of the “1,000 Frenzy” lottery ticket noted that your odds of winning $20 are one in 7.5. But the ticket costs $20, so by spending a mere $160, you may well win 20 bucks.
However, the seven two-digit numbers on this particular “Frenzy” matched none of the 25 two-digit “winning” numbers. So the disgusted buyer tossed it down on the road in the park, where the dog and I found it today.
Odd how quickly, in America, things “Stuffed With $1,000 Prizes” become litter.
All of which suggests a new advertising slogan for the Illinois Lottery. Something along the lines of “You Hope and Pray; We Prey on Hope.”

Trump: 'Some Very Fine People on Both Sides'

Another Attack by the Antifascists 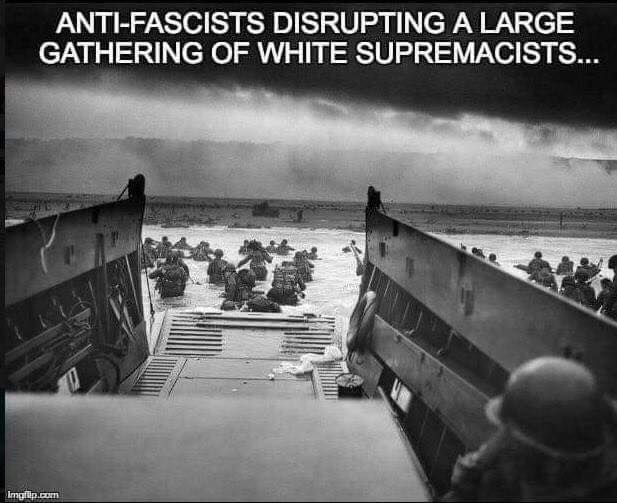 Better Check Your Own Balance 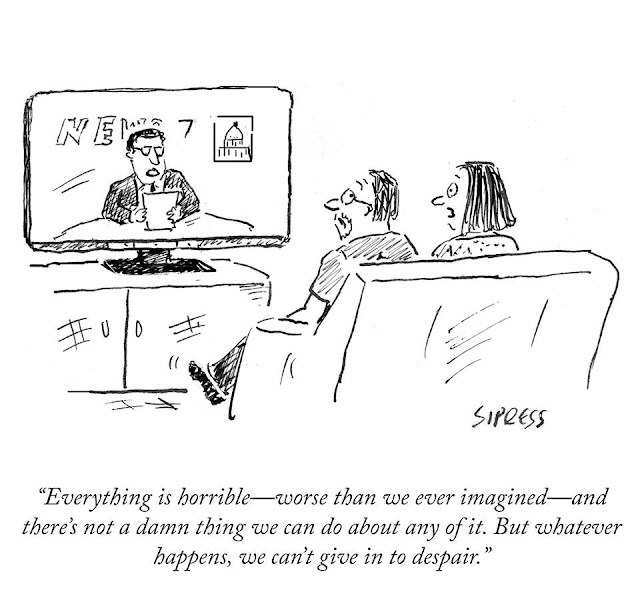 I just can’t swallow any more of this hogwash about American “checks and balances.” The checks have all bounced, and the United States is unbalanced — journalistically, politically and mentally.

No, Trump Cannot Be Ignored 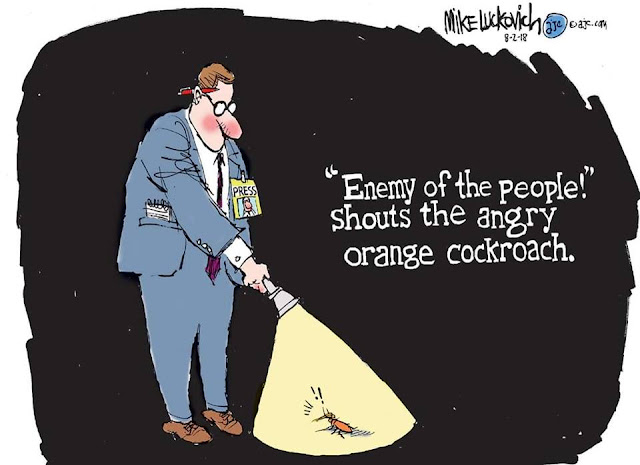 Enough with this “the news media should just ignore Trump” crap. These kinds of statements are silly and pointless. The news media is obviously going to cover the president of the United States.
So you’re saying the honest news media should simply refuse to cover Trump's Nazi rallies and fascist tweets, leaving them to Fox News to report? And then Fox will carefully edit out his most damning statements and lies and avoid any coverage of his rabid crowds, making Trump into a glorious leader — just the way Leni Riefenstahl did it.
The people who are saying the news media shouldn’t cover Trump’s rallies are dead wrong. We need to see the face of naked, screaming, racist evil up close and personal, just as the world needed to see it in Hitler’s rallies.
I know Trump’s corporate allies and Republican fluffers would love to hide what he really is and who his supporters really are. Reporters shouldn’t help them do it.
Donald Trump is no longer some mere con artist celebrity. He's a would-be fascist dictator who controls a massive nuclear arsenal. He cannot and should not be ignored, and the news media is not going to ignore him.
I understand how much people want Trump to just go away, but ignoring him won’t make that happen. Quite the reverse.
Posted by Dan Hagen at 8:07 AM No comments:

The Face of Republican America 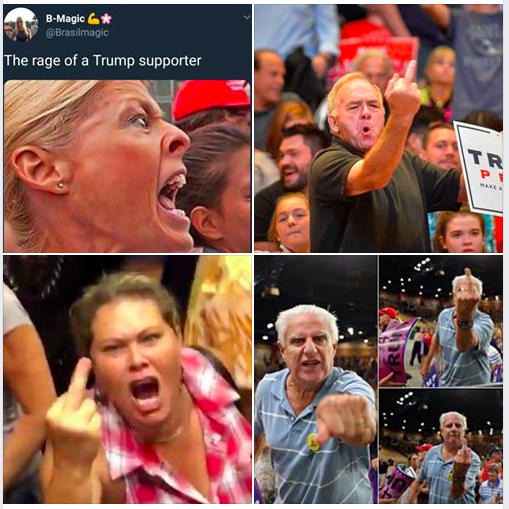 As the Crow Laughs...

How Stupid Is Trump? This Stupid