Fox Is Fiction, Not Fact

The mission of Fox News is to poison the American news media by lying about facts. For example, which political party a politician belongs to isn't a matter of opinion. It's a fact Fox News lies about.
Fox News suddenly identified disgraced Republican Gov. Mark Sanford of South Carolina as a Democrat on the very day he admitted his philandering.
A coincidence? But Fox News also suddenly changed Congressman Mark Foley's party affiliation from Republican to Democratic the very moment it was inescapably confirmed that Foley was sexually soliciting teenage male congressional pages.
All just “mistakes,” don’t you imagine? But isn’t it funny how every factual “mistake” Fox News makes manages to falsely malign Democrats and/or shield guilty Republicans?
Posted by Dan Hagen at 9:55 AM No comments: 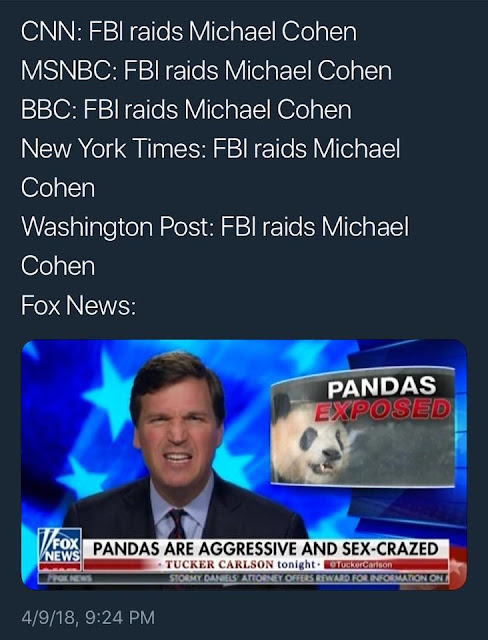 The Power of Mr. Rogers

I once interviewed children’s television host Fred Rogers about superheroes, an issue that concerned him. He had once taken his TV audience onto the set of The Incredible Hulk to explain that Bill Bixby and Lou Ferrigno were really two different people, that it’s all just make-believe.
Mr. Rogers said superheroes are natural for children. “The first superheroes, of course, are the parents themselves,” he said. “There is a very natural stage in the development of the human personality in which we believe that we ourselves are omnipotent, and that our parents are omnipotent, and that we’re able to do anything. But we have to help children gently along the way to realize that nobody is omnipotent, and neither are the heroes on television.”
I asked him why he stressed “gently.”
“Because we have to help children gently along the way to realize that nobody is omnipotent, and neither are the heroes on television,” he said. “Because even though children would love to think that they could take on the world and win, it can also be very frightening to they to think that they are omnipotent — and that what they think will, indeed, happen.
“One of the things that our Hulk program came from was reading about kids who were killing themselves playing superheroes, and also knowing how widespread superhero play is among children. It’s important for adults to know how blurred the lines are between reality and fantasy in young children’s minds.”
I asked why he thought children find superheroes so attractive.
“Children are small. There are all kinds of powerful things in their environment over which they feel they have control. When they get angry, they often project that anger onto people and things around them, expecting them to have the same intensity of feeling. So in order to overcome the fear which results from being little in a big, scary world, children often pretend that they have superhuman powers — powers even greater than the big people and things around them. Seeing superheroes on television and in comic books feeds that ‘personal pretend.’ In the face of very difficult circumstances, everybody wishes once in a while that he or she had superhuman ways of dealing with difficulty.
“As usual, we’re not condemning fantasy. It’s often the basis for resolution and invention. What we’re doing is helping children to understand that human beings can pretend about being super-strong, super-big, super-fast, etc. but that it’s their real selves which do all the important things in the world. It’s essential for their play to be safe so they can grow and develop into what’s really super about each one of them.”
Beyond lifting Thor’s hammer, Fred Rogers also achieved that other ultimate proof of goodness. He’s been attacked by Fox News. 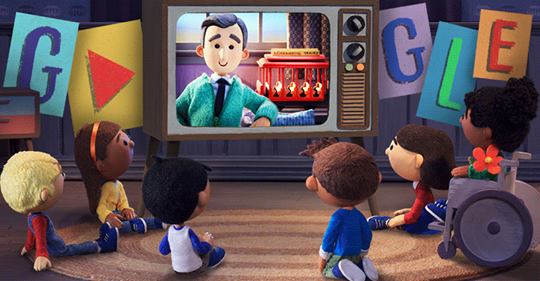