The Game Ends, and the Crowd Roars 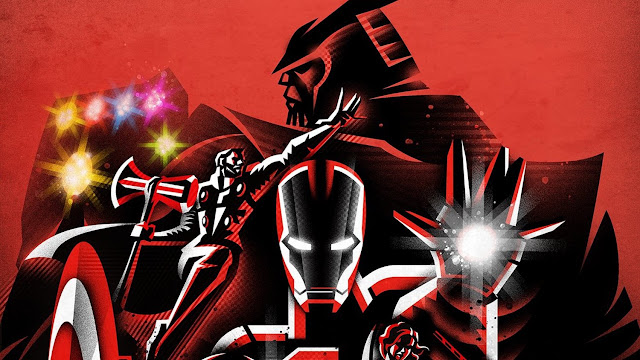 When the audience erupts into cheers and applause three or four times in a sold-out cinema, you know that the filmmakers have knocked one high and clear, right out of the popular cultural ballpark.
For some time now, I’ve thought that the Disney-Marvel films, starting with 2007’s Iron Man, are not really separate movies at all in the old sense but something new to Hollywood — 20-odd pictures that conspire to tell one overarching story, just like the best comic books used to do in their big crossover events.
And Avengers: Endgame proves it.
It’s an operatic flourish that finishes this 12-year saga, and handsomely pays off the debts and bets planted in at least dozen of the films that preceded it, with a good deal of change to spare.
Every astounding cosmic conflict is balanced by notes of recognizable, ordinary humanity — sad, funny, touching, or all three — that keeps the audience caring about these outlandish proceedings.
These are people who shoulder the responsibilities of gods as lightly as anyone can — superhumans in whom those last two syllables are always underlined.
Like only a handful of other superhero movies I’ve seen, it’s a completely satisfying film. It’s the Marvel saga, perfect and complete. Somewhere out there, Stan Lee should be smiling, even while shaking his head in disbelief, True Believers. How could stories inspired by a once-despised medium become the biggest entertainment franchise on Earth?
The movie even left me with a philosophical lesson to ponder, summed up in this line of dialogue: “Everybody fails at being the person he’s supposed to be, Thor.” 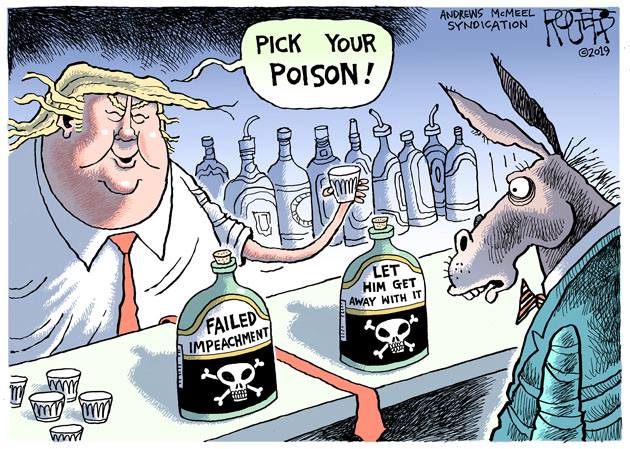 Democrats control only one-half of one-third of the federal government. I can’t see the point of impeaching someone when you know it’s impossible to remove him from office.
And even if you could, that would leave us with President Pence, in some ways an even more frightening possibility.
Impeachment without removal from office will merely infuriate Trump's base, and empower him. Remember that Bill Clinton popularity increased after the failed attempt to remove him from office.
And the fascist Republican Senate will NEVER, under any circumstances, remove Trump from office. Trump will claim vindication and brand the Democrats as traitors, and the corporate media will help him do it.
For now, Congress should investigate and expose, and see where it goes.
“Congress should hold substantive hearings that build on the Mueller report and fill in its gaps, not jump straight to an up-or-down vote on impeachment,” Hillary Clinton observed. “In 1998, the Republican-led House rushed to judgment. That was a mistake then and would be a mistake now.
“Watergate offers a better precedent. Then, as now, there was an investigation that found evidence of corruption and a coverup. It was complemented by public hearings conducted by a Senate select committee, which insisted that executive privilege could not be used to shield criminal conduct and compelled White House aides to testify. The televised hearings added to the factual record and, crucially, helped the public understand the facts in a way that no dense legal report could.”
Posted by Dan Hagen at 6:06 AM No comments:

Invasion of the Brain Snatchers

GOP Treason Is All That Protects Trump

Thought as Fast as Lightning's Flash

Email ThisBlogThis!Share to TwitterShare to FacebookShare to Pinterest
Labels: Huginn and Muninn, Poetry

Escape from the Sky 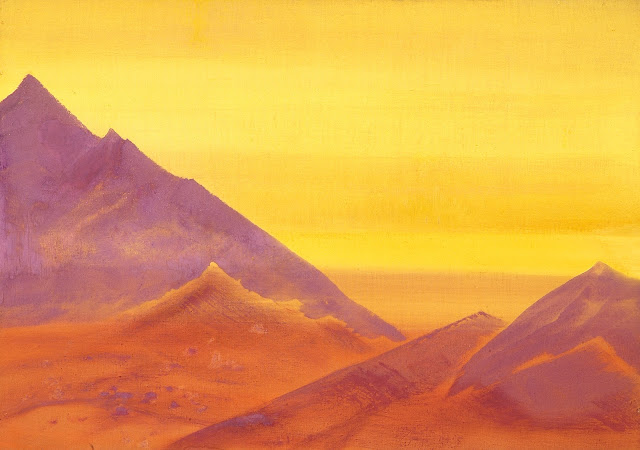 “Copper had drawn people to Butte — the mine owners looking to get richer and the miners hoping to feed their children while their wives took in laundry. But when I went there on an achingly bright day last summer I formed a different impression — that Butte is where men went to escape from the sky.
“First they dug mines that ran a mile deep into the earth, which was about as far from the sky as you could get, and you had to be so desperate to get there that you’d risk being crushed in a collapsing tunnel or atomized in an explosion. Then they built the smelters to blur the sky with toxic smoke so that no miner emerging from the end of a shift would be exposed to the naked firmament, even for the short time it took him to get into the reassuring darkness of the bars, where you could count on the cigarette smoke to soften any stray intrusions of natural light. These are the lengths men will go to avoid being eaten alive by the emptiness, or at least that’s how I began to see it as a child.”
— Barbara Ehrenreich, Living with a Wild God
Posted by Dan Hagen at 4:36 AM No comments:

The Grand Old Plan to Do You In

The Reality Behind Trump's Lies

Don't Give Trumpettes the Time of Day

A Fox News Map to Help America Get Lost

Corruption and Distraction: Here's How It's Done