The Face That Will Destroy America


The Republicans didn't create this face, but they coddle, encourage and exploit it for power. It's the face that, left unchecked, will destroy the United States of America.

You glimpse some dead-faced, vacant-eyed white guy in a mug shot and you think, “Now, which is that? The mad gunman? The mad bomber? Is he the one who shot those people in the supermarket today or in the cinema yesterday? Or is he the one who crushed that protester with a car, or the one who slaughtered all those schoolchildren in that place, where was it again? In America somewhere. Yes, certainly in America.” 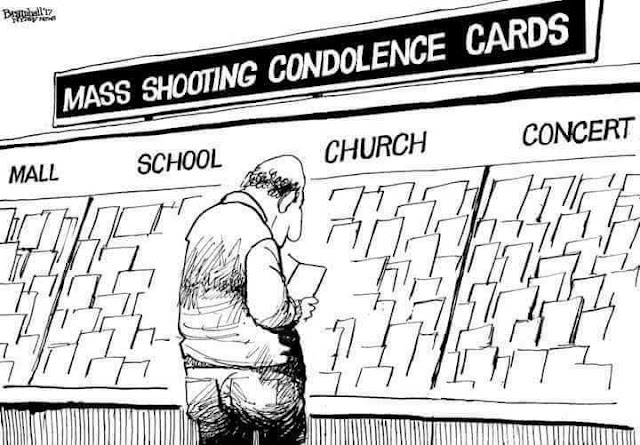 How to Be Safe in America

For safety's sake, let's stay out of all synagogues and churches, all movie theaters, malls, supermarkets and Walmarts, out of Vegas and Dallas and New York. Let's hide and cower at the approach of every stranger. I'll dash for groceries while you give me covering fire. But above all, let's never do anything about the guns.
THAT would interfere with our freedom. 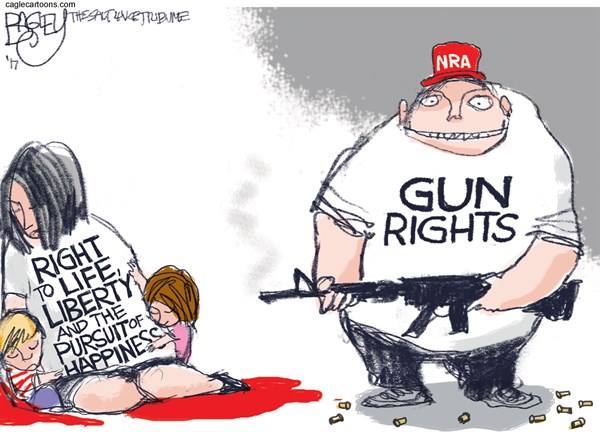 Guess Who's Coming to Be Shot?

Trying to pick up his dry cleaning, the 16-year-old black teenager was stranded in a white Miami neighborhood when the buses stopped running.
He was hoping to hitchhike when an unmarked police car pulled up. “See that alley over there, boy?” one of the cops said. “Get your ass up in there. Now.”
He obeyed, and the unmarked police car followed him in.

Alone in an alley with no witnesses, the young man saw a revolver protruding through the car window, pointed at his head. He heard the two police officers talking inside the car.
“What should we do with this boy?”
“Find out what he’s doing here.”
“Should we shoot him here?”
Frightened and furious, the boy explained how he’d ended up where he was. The cop behind the wheel asked him if he could walk all the way back home — the 50 blocks to “colored town” — without looking behind him. The boy said he could.
“Think about it now,” the cop said. “Cause if you look back, just once, we gonna shoot you. Think you can do that?”
He said he could. So the long trek began, with the young man glancing at the reflections in store windows to see that the unmarked car was, in fact, slowly following him all the way. For 50 long blocks. When he reached the corner where he lived with relatives, the police car pulled out and sped away.
“Fifty blocks is a long time to think about what’s happening to you, to stew in the insane injustice of it all,” the boy said later. “But it’s also a good long time to internalize messages such as discipline, independence, the value of character and toughness of mind.”
The year was 1943. The boy’s name was Sidney Poitier, and 21 years later he would win the Academy Award for best actor.

The Cognitive Dissonance of Propaganda

Does Meditation Make You Immune? 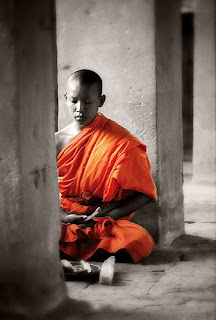 Are people highly advanced in meditation serenely immune to anxiety, cravings, depression, fear and irritation? No — but they gain an edge on existence.
In their 1995 report on yogis in the advanced stages of meditative practice, The Stages of Mindfulness Meditation: A Validation Study, Jack Engler and Daniel P. Brown found: “What changes is not so much the nature of conflict, but awareness of and reactivity to it … (With practice) there is greater awareness of and openness to conflict, but paradoxically less reaction at the same time in an impulsive, identificatory and therefore painful way … (The practitioner) may note the intense desire until it passes, like every other transient mental state, or he/she may act on it, but with full awareness … Mindfulness is said to automatically intervene between impulse or thought and action in such cases. This mechanism of reality, combined with clear and impartial observation, allows a new freedom from drive and a new freedom for well-considered and appropriate action.”