The Goals of the American Presidents

Goebbels and the GOP

A Snapshot of Murka

Watch as the World Laughs Out Loud at Trump 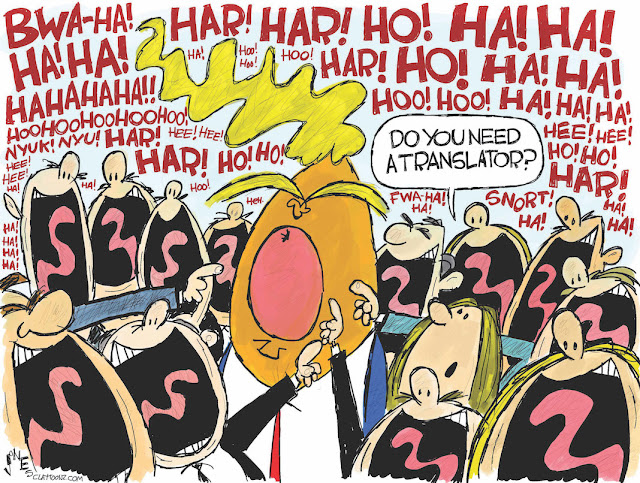 I find it amusing that the other world leaders are actually laughing out loud at the so-called president of the United States. That should help remind Donald Trump that he’s actually filth.
Of course, Trump has always secretly known he's nothing, emptiness, really just filth. That's the impetus for his ludicrous grandiosity and constant lies. It's so transparently a desperate attempt at psychological compensation.
Since I first became aware of Donald Trump decades ago, I recognized him as merely a pitifully damaged human being, nothing more. The fact that so much of his damage is self-inflicted merely makes his situation — and now, by extension, ours — that much more tragic and stupid.
Trump has never interested me, and he still doesn’t.
What interests me very much is finding out exactly how a purportedly democratic political system erodes to the point of putting something like Trump in charge.

That's About the Size of It...