Gen. Douglas MacArthur’s father, Captain Arthur MacArthur, was a Union Army Civil War veteran of conspicuous bravery. He went on to become part of that western cavalry that later came riding to the rescue in the horse-opera movies, but was actually engaged in the steady, colonial displacement of the Native American tribes.

“As Douglas told the story late in life, his father was serving on a military court in New Orleans when a cotton broker, urgently needing the loan of army transport facilities, attempted to suborn him. The bribe was to be a large sum of cash, which was left on his desk, and a night with an exquisite Southern girl. Wiring Washington the details, Arthur concluded, ‘I am depositing the money with the Treasury of the United States and request immediate relief from this command. They are getting close to my price.’”
— William Manchester, American Caesar.
Posted by Dan Hagen at 4:14 AM No comments: 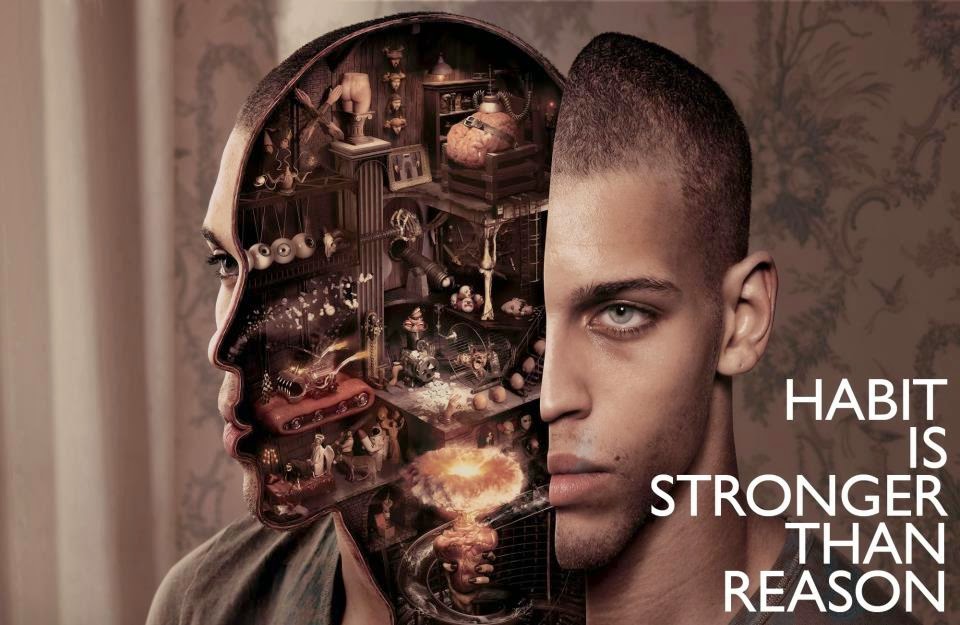 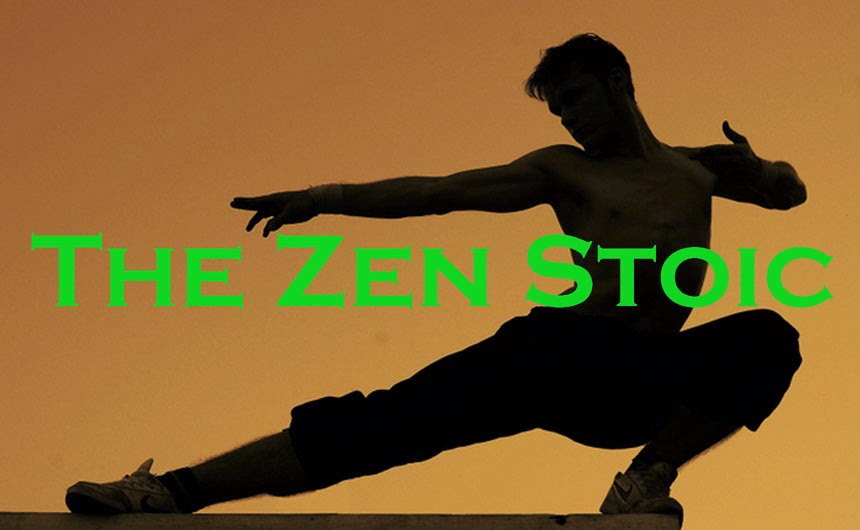 I’m impressed by the similarities in the Buddhist ethical views described here and those of Aristotle, who held that habits form our moral character, as well as the existentialists, who claimed that existence precedes essence.
“According to Buddhism, humans have free will, and in the exercise of free will they engage in self-determination,” Damien Keown wrote in his book Buddhism. “In a very real sense, individuals create themselves through their moral choices. By freely and repeatedly choosing certain sorts of things, an individual shapes his character, and through his character his future. As the proverb has it: “Sow an act, reap a habit; sow a habit, reap a character; sow a character, reap a destiny.’”
“The process maybe likened to the work of a potter who molds the clay into a finished shape: the soft clay is one’s character, and when we make moral choices we hold ourselves in our hands and shape our natures for good or ill.”
This tends to support the view known as “virtue ethics,” summarized by the Internet Encyclopedia of Philosophy as “…a broad term for theories that emphasize the role of character and virtue in moral philosophy rather than either doing one’s duty or acting in order to bring about good consequences. A virtue ethicist is likely to give you this kind of moral advice: ‘Act as a virtuous person would act in your situation.’”
Posted by Dan Hagen at 9:43 PM No comments:


Vexing union troubles in the 1970s had the unexpected side effect of giving publisher Katharine Graham a lot of experience in how the Washington Post worked.
“I learned to take classified ads and spent hours at it,” she recalled in her autobiography, Personal History. “We were stunned at what hard work it was, with no let-up. You took an ad and hung up, and the light was already on with a new caller. Electric typewriters were then used to fill in the complicated classified forms, but since my typing wasn’t up to speed, I took the ads by hand and gave them to someone else to type.
“I tried to avoid the callers who had long, complicated ads — used-car dealers calling in to advertise several cars, for example. But one day toward the end of the strike, I got a Mercedes dealer on the phone, and everyone else was busy, so I had no choice.
“I told him, ‘Look, I’m new around here, so please go easy.’ We struggled through his list of six cars for sale and then he said doubtfully, ‘I think you’d better read it back.’ ‘All right,’ I said, and reread the ad swiftly and accurately. ‘Well,’ he said, ‘You sound overqualified. You could be anyone. You could be Katharine Graham.’ I was startled for a moment before I replied, ‘As a matter of fact, I am.’”
Posted by Dan Hagen at 3:34 AM No comments:

See No Evil, Report No Evil, Broadcast No Evil 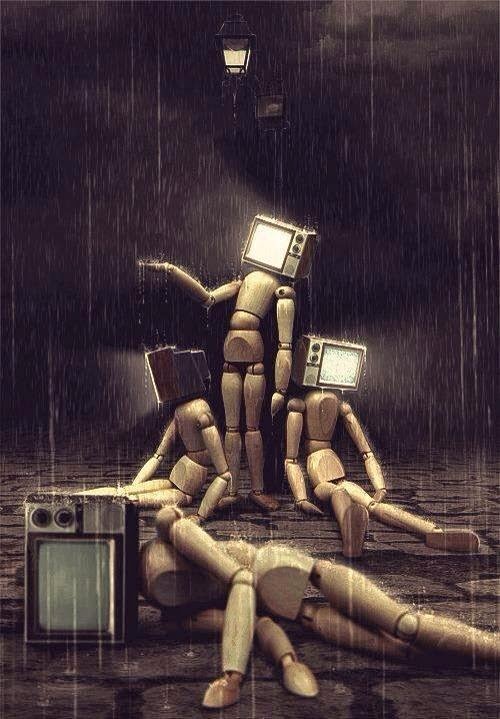 I contend that the primary problem with the American system right now is the complicity and corruption of the corporate news media, which lets the right-wing arsonists do they like without ever sounding the alarm.
The corporate, political and bureaucratic imperatives under which we operate today preclude the idea that anyone owes the American public the truth. That’s why professional journalism is not merely dying because of shifting commercial considerations. It is actively being slain.
Posted by Dan Hagen at 6:02 AM No comments: 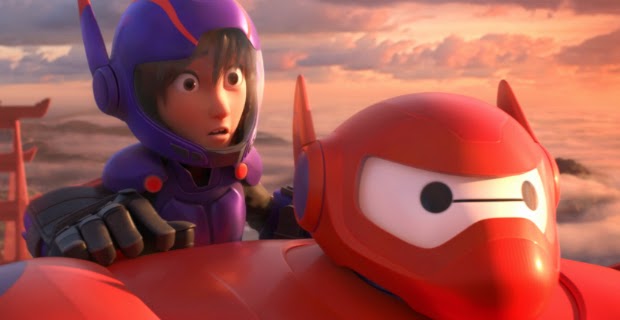 Matt and I went to see “Big Hero 6” — good-hearted and light-hearted, with an “Incredibles” vibe and a moral point about revenge and compassion. The movie also convincingly makes the point that it’s remarkably easy to turn an endearing, blimpy nursing robot into a superhero. And yes, Stan Lee takes a bow. Hollywood’s live-action movies and animated movies continue on their path of absolute convergence.
Posted by Dan Hagen at 3:08 PM No comments:

The Warring Ghosts of Watergate


The Washington Post’s investigative reporting of the Watergate scandal had forced President Richard Nixon’s back to the wall.

The existence of a secret taping system in the Oval Office had been disclosed, and Nixon knew that if the criminal conspiracy on those tapes were to come to light, his presidency would be destroyed. So he launched what came to be known as the “Saturday Night Massacre.”
Watergate Special Prosecutor Archibald Cox was honest and intractable, so Nixon ordered Attorney General Elliot Richardson to fire him. Richardson refused, so Nixon fired him and ordered Deputy Attorney General Bill Ruckelshaus to fire Cox. Ruckelshaus refused and was fired in turn. The next official in line, Robert Bork, turned out to be craven enough to do Nixon’s bidding and fire Cox.
The facts that Nixon was desperate cover up all confirmed the truth of what the Washington Post had been reporting, but the truth was what many Americans still didn’t want to hear.
“The Post remained under attack — and the attack was becoming much more public,” Publisher Katharine Graham recalled in her autobiography, Personal History. “By this time I had warmed up to a degree of toughness of which I probably wouldn’t have been capable the year before.”
“At some point, I even engaged in a behind-the-scenes back and forth with Clare Boothe Luce,” Graham recalled, referring to the acid-tongued author and ambassador who was the widow of the founder of Time Magazine.
“Personally I admired her, but I was not in accord with her extremely conservative views,” Graham said. “She sometimes overdramatized things in speeches. In a major address to the Newspaper Publishers Association, she said she had written a speech but was troubled about it and, thinking about it, she went to bed. That night, she said, the spirit of her late husband, Henry Luce, came to her and told her to tell the truth about Watergate. She then attacked the Post for our reporting and for hiring ‘enemies’ of the president.”
After Luce’s speech, Graham remarked drily that her own late husband, publisher Phil Graham, had appeared to her in a vision and told her to tell Clare Booth Luce to shove it.
Posted by Dan Hagen at 2:45 AM No comments:

The Three Faces of the Shadow 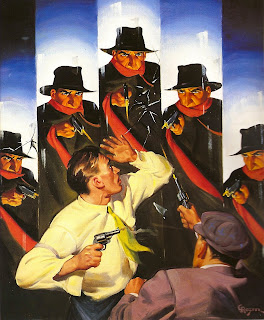 It interests me that the Shadow existed in two immensely popular but distinct versions over a long period.
The pulp Shadow, born in 1931, could not become invisible, commanded a network of agents and merely posed as millionaire Lamont Cranston.
The radio Shadow, born in 1938, could become invisible, had no network of agents and really was Lamont Cranston.
Both characters derived from a third, preexisting Shadow who was merely a mysterious voice narrating radio mystery stories beginning in 1929. The voice became so popular that Street & Smith, the company that owned the program, decided to build a magazine around it, the first hero pulp. The popularity of the pulp inspired the second radio Shadow, whose abilities were tailored to a perfect fit for the medium: the man no one can see.
Posted by Dan Hagen at 4:11 PM No comments:

We Have Nothing to Fear But TV News Itself 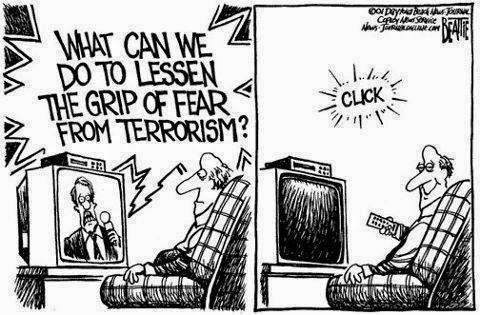 New panic wanted to fill immediate position. Ideal candidate will be trumped-up, distracting, alarmist, jingoistic and fundamentally speculative. Apply with references to CNN, Fox News and MSNBC.
Posted by Dan Hagen at 7:19 AM No comments: 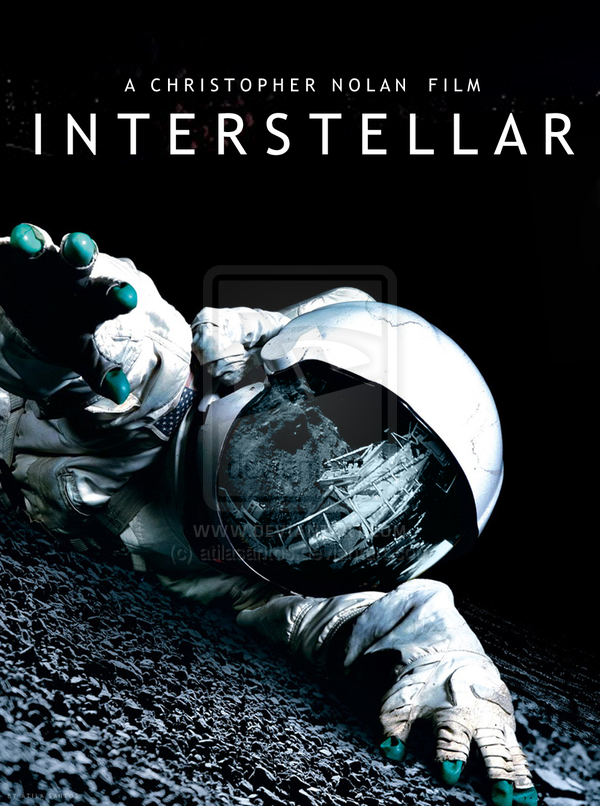 To clear the mental palate, I went to see Interstellar today. It’s intelligent science fiction with a veneer of verisimilitude to gloss over the improbabilities. The thing I like best about it was the heart it put into describing the horrors and wonders of relativity.
The thing I liked worst about it was using an adjective as a title. The film holds two great actors in reserve as a special surprise.
The tagline to this 2001-ish epic might be, “In space, no one can hear you talking to yourself across the space-time continuum.”
Posted by Dan Hagen at 1:14 PM No comments:

From "Smallville" to "Gotham:" TV's Travels and Travails with Superheroes

Shows like “Smallville” and “Gotham” reflect the intersection of an immensely popular genre with a medium considered to be ill-suited to present that genre. Such shows necessarily try to have it both ways.
The costumed romanticism and colorful childish conventions of superhero comics do not blend well with the mundane, realistic surfaces preferred by television (even though TV's plots are anything but realistic).
This is one of the reasons why shows about costumed characters like Spider-Man and Captain America failed so badly on 1970s TV, while normally dressed bionic super-spies and the Incredible Hulk succeeded. The Hulk was, after all, just a Universal Pictures monster writ large, coupled with the familiar TV formula of "The Fugitive." I remember a long sequence on a Spider-Man TV episode that was actually given over to a car chase — the very dullest of television conventions weighing down a character who should have soared.
Even several years earlier, in 1971, Marvel’s blind superhero Daredevil arguably became, in TV writer Stirling Silliphant’s hands, a private detective named Longstreet, played by James Franciscus. Silliphant had consulted with Stan Lee about a Daredevil TV series before he created Mike Longstreet. The character’s heightened remaining senses could pick up clues others missed, and he could fight with spectacular martial arts abilities taught to him by Bruce Lee. Dramatic radio, the theatre of the mind, was hospitable to immensely popular superheroes like the Shadow, the Lone Ranger and the Green Hornet even before the comic book variety arrived, and welcomed Superman almost as soon as he landed. Costumed characters are no dramatic obstacle when you’re the one imagining how they look. Movies, with their bigger budgets and audiences seated in the cavernous dark before a giant glowing screen, also find it easy to trade in the fantastic. But the living-room medium remains uncomfortable with anything that looks out of place in a living room. Superhero comics prefer the fantastic to look fantastic, while television prefers the fantastic to look pedestrian.
Posted by Dan Hagen at 7:44 AM No comments:

All the Post's Fears

How to Find the Day


We've got it rough. So did lots of honest people throughout history, in the plagues, in the Inquisition, in the Civil War, in the world wars, when we came damn near close to blowing up human civilization when I was 8 years old. We can but fight on, or give up. I'm for fighting on with a smile, and assuming we'll get the breaks. As Shakespeare said, the night is long that never finds the day.
Posted by Dan Hagen at 4:21 AM No comments: