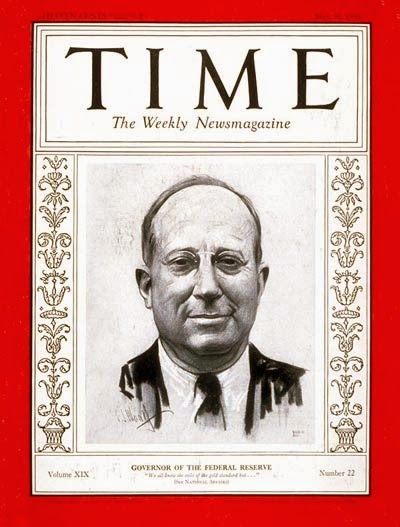 Independent and courageous, yet calculating and careful, Eugene Meyer told his disapproving dad that he wouldn’t be staying with the Lazard Freres financial firm, the place his father — who was a partner there — had chosen for him.
Meyer had parlayed $5,000 into $50,000 investing in railroad stocks, and told his father he intended to use it to buy himself a seat on the stock exchange.
In 1904, the 29-year-old opened Eugene Meyer and Company — the first Wall Street firm to do in-depth investment research on companies – and by 1906 had made several million dollars. He was wiped out twice in the volatile markets, but ended up with a large fortune that he used to indulge his penchant for American first editions, Durer and Whistler etchings and Lincoln letters.
“My father stayed especially close to his sister Ro,” his daughter Katherine recalled. “In 1906, when the terrible earthquake and fire hit San Francisco, cutting the city off from telephone communication with the outside world, he decided to go out there immediately and see what he could do to help. He boarded a train in New York with a money belt containing $30,000, a small suitcase and a pistol.
“Rosalie, Elise and their families were safe. They and their combined households, numbering 28, had taken shelter at Ro’s for two days. As the fire approached, they moved first to the Presidio, then to Golden Gate Park, then to a summer cottage at Fair Oaks that one of them had rented. There my father found them. Ro looked up as he approached and said, ‘Eugene, I knew you’d come.’”
Meyer’s daughter Katherine found him a chilly and distant father. But from him, Katherine Meyer Graham inherited the courage to stare down all President Nixon’s men and, as the publisher of the Washington Post, back her reporters and editors as they exposed the Watergate criminal conspiracy that forced Nixon to resign.
Source: “Personal History” by Katherine Graham
Posted by Dan Hagen at 4:09 PM