About a Boy Wonder 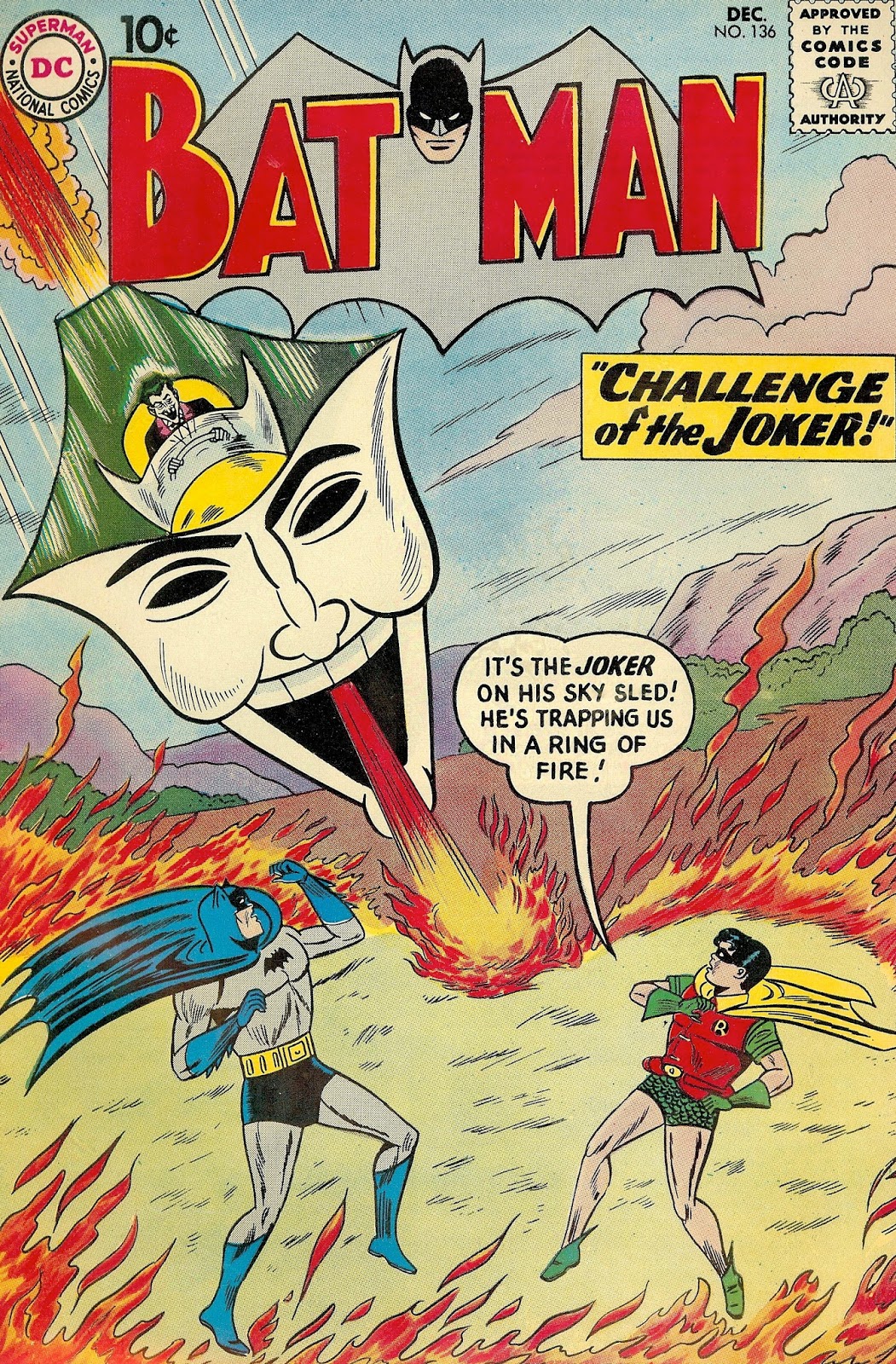 It may seem strange that the first boy sidekick to a superhero was Robin — hardly a match for a somber masked manhunter like Batman.
But as I recall from my introduction to the characters, when I was 5 or 6, the contrasting colors of their exciting caped costumes — mysterious blue and gray against vivid red, yellow and green — were a primary source of my fascination. Superman’s colorful costume was a big draw, and here were two of them for the same dime. The costume convention in superhero stories is the residual effect from their decades-long need to catch the eye of small children. And in any case, as for the world’s only 74-year-old Boy Wonder, you can hardly argue with success.
Posted by Dan Hagen at 12:00 PM