Sometimes It's the Comics You Don't See... 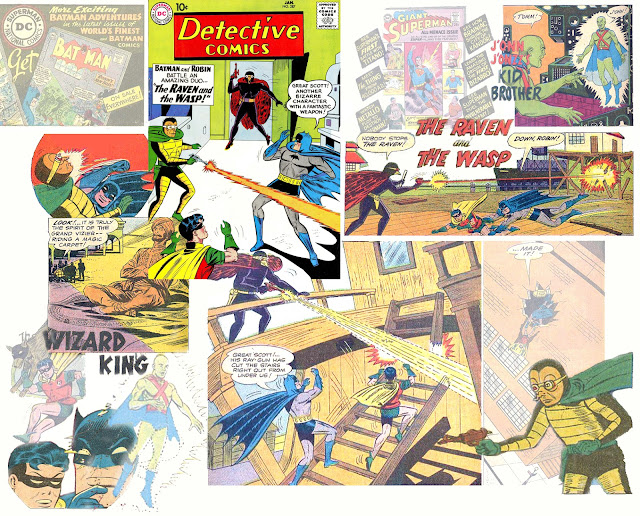 Sometimes it was the comic books you didn’t see that seemed most intriguing.
For example, I spotted Detective Comics 287, cover-dated January 1961, in DC’s house ads, but probably spent that week’s quarter on the second (and best) of the Superman annuals, the all-menace issue.
By the next week, 287 must have been vanished from the newsstand, because I remember my disappointment at not finding it. Colorfully costumed figures were still thin on the ground then, just ahead of the Marvel Age, and the bright cover of 287 offered four of them — two bird-themed, one insect-themed and the familiar flying mammal — plus ray guns.
Irresistible.
I found the comic a few months later in a used magazine shop, and learned that it also included a story that provided the Martian Manhunter with his own “Superboy,” J’onn J’onzz's young brother T’omm. Never was a nickel better spent.
Posted by Dan Hagen at 6:10 AM