Those Strange Doctors: Droom and Doom 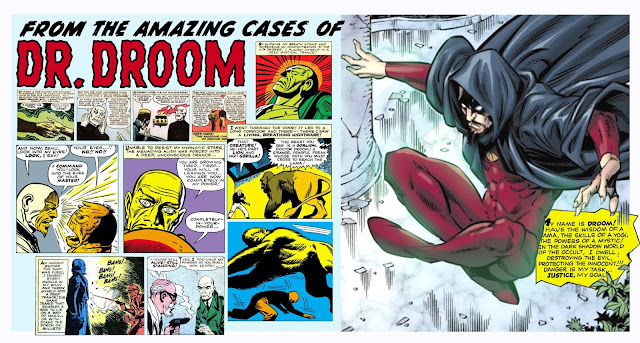 Before Dr. Doom, there was Dr. Droom, a Stan Lee-Jack Kirby creation from 1961 who was really kind of a trial run for Marvel Comics’ Sorcerer Supreme, Dr. Strange.
Dr. Strange was a selfish bastard doctor who travels to Tibet seeking a cure. Dr. Droom was a selfless doctor who travels to Tibet to administer a cure. Both gain mystical powers there — Dr. Droom through the weird and no longer politically correct avenue of magically becoming Asian.
Dr. Droom was arguably the first Marvel superhero of the 1960s, preceding the ground-breaking “Fantastic Four” title (Droom debuted in June 1961 in “Amazing Adventures,” four months ahead of the FF).
Droom was revived in the 1970s in “The Incredible Hulk,” but renamed “Dr. Druid” to avoid confusion with the Fantastic Four’s infamous archenemy Dr. Doom.
A weird character that attracted weird coincidences, Dr. Droom's unlikely name nearly made it into the comics 20 years before attached to yet another super-sorcerer. DC's Gardner Fox had originally intended to call his 1940s magician Dr. Fate by that name. It seems we were fated to find a Droom (a Dutch word meaning "dream," by the way). 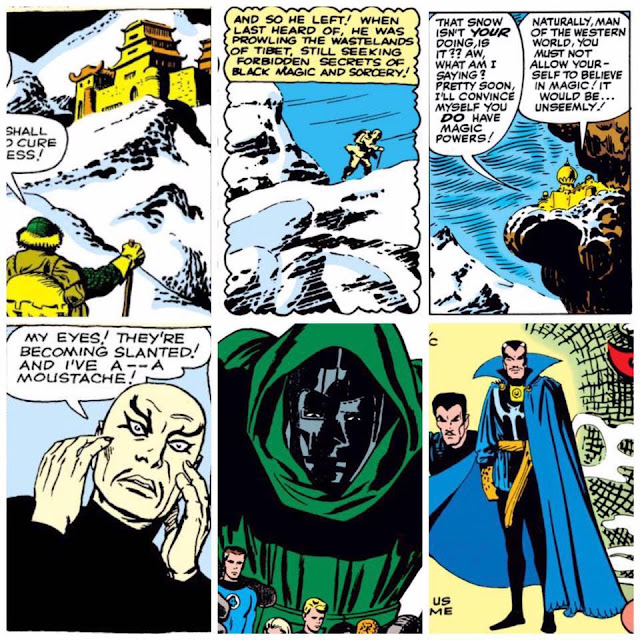