In the Faculty Dining Room 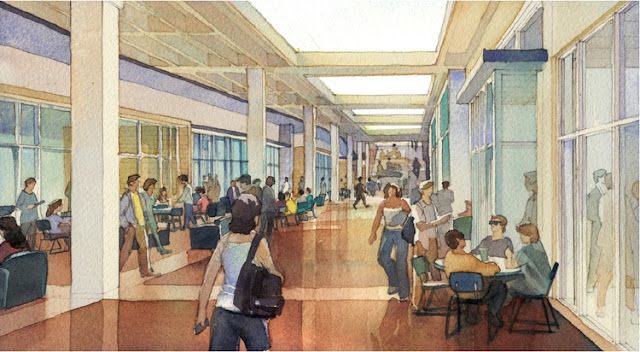 In the Faculty Dining Room: “Christ, it is sad, sad to see on quite a few of these faces — young ones particularly — a glum, defeated look. Why do they feel this way about their lives? Sure, they are underpaid. Sure, they have no great prospects, in the commercial sense. Sure, they can’t enjoy the bliss of mingling with corporate executives. But isn’t it any consolation to be with students who are still three-quarters alive? Isn’t it some satisfaction to be of use, instead of helping to turn out useless consumer goods? Isn’t it something to know that you belong to one of the few professions in this country which isn’t hopelessly corrupt?
“For these glum ones, apparently not. They should like out, if they dared try. But they have prepared themselves for this job, and now they have got to go through with it. They have wasted the time in which they should have been learning to cheat and grab and lie. They have cut themselves off from the majority — the middlemen, the hucksters, the promoters —by laboriously acquiring all this dry, discredited knowledge — discredited, that is to say, by the middleman, because he can get along without it. All the middleman wants are its products, its practical applications. These professors are suckers, he says. What’s the use of knowing something if you don’t make money out of it? And the glum ones more than half agree with him and feel privately ashamed of not being smart and crooked.”
— Christopher Isherwood, A Single Man