Night Falls After The Longest Day 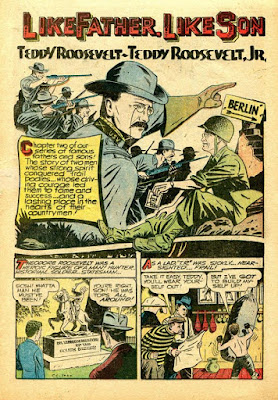 I just finished watching The Longest Day, in which Henry Fonda, playing Teddy Roosevelt’s son, insists on going into combat to prove that no favoritism will be shown to him.
Theodore Roosevelt Jr. was in fact the only general on D-Day to land by sea with the first wave of troops and was, at 56, the oldest man there. He was also the only man whose son also landed that day at Omaha Beach.
How quaint.
America’s rulers in Washington and Wall Street no longer fight and die in any wars. Nor do their children. They leave that sort of thing to the cannon fodder.
Reinstate the draft? I don’t actually think that will work. Warmongers like Trump, Bush and Cheney all managed to evade the draft and combat, and the rich and connected always will.
The only thing that will work is an actual UNDERSTANDING of the rights and responsibilities of a citizen in a democratic republic. But unless they start teaching that on the Kardashians’ show. I don’t see it happening.
Posted by Dan Hagen at 4:25 AM