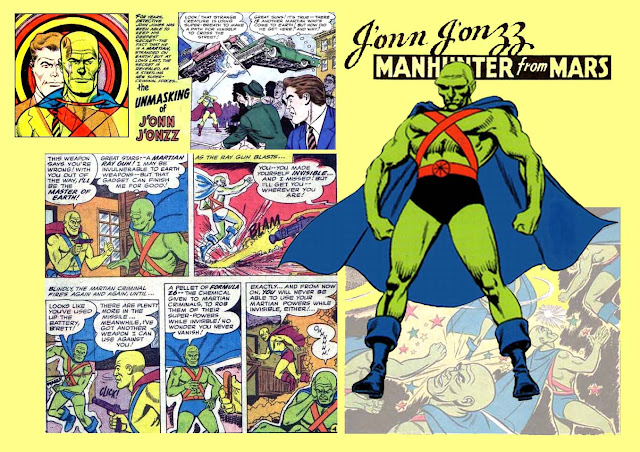 DC Comics’ Martian Manhunter initially operated in secret for four years in the 1950s. A back-up feature for Batman, he was a super-police detective, “John Jones,” rather than a public superhero. His powers were exhaustive: telepathy, telekinesis, intangibility, shape shifting, super strength, super speed, super vision, super hearing, super breath and more.
But in a story by artist Joe Certa and writer Jack Miller in Detective Comics 273 (Nov. 1959), while in combat with the Martian menace B’rett, the extraterrestrial “J’onn J’onzz” was exposed to the public when he got a dose of a Martian anti-crime formula that prevented Martians from using their other super powers while invisible. I always presumed DC did that simply so he could become a founding member of the JLA as a public figure. After the Great Superhero Extinction of the late 1940s, DC might have had a little trouble putting a team together otherwise — especially since somebody decided that Superman and Batman should be downplayed on the team. 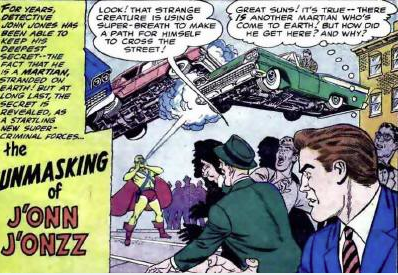 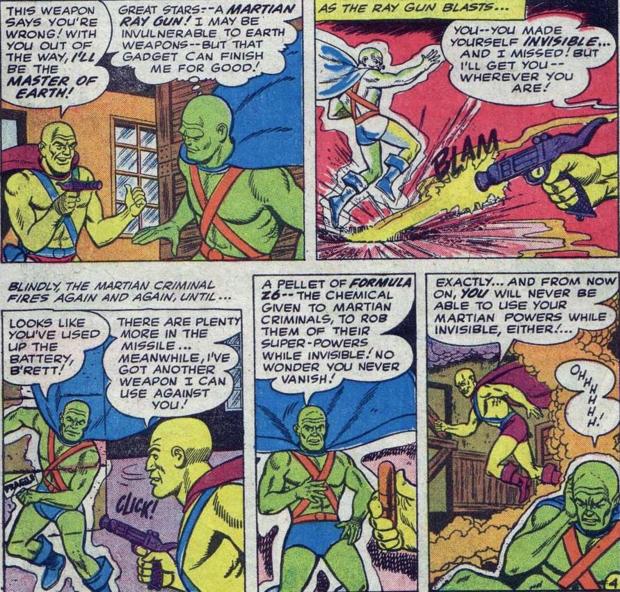