Dharana and Flow: Getting into 'the Zone' 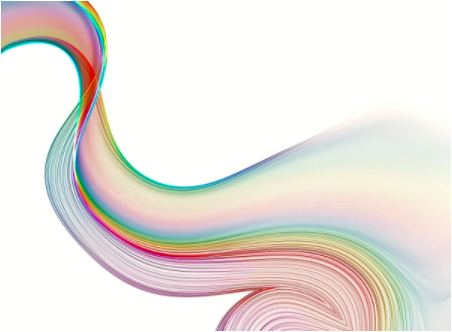 Consider the similarities between Hungarian psychologist Mihaly Csikszentmihalyi’s notion of flow and the ancient yogic concept of Dharana, which is the meditative practice of constraining conscious thought to one object.

“This concentration is not forced, like when an analyst concentrates on working out a difficult problem in a computer program,” wrote Nancy Wasserman.

“The concentration experienced in Dharana is more passive and occurs in a state of relaxed awareness… The meditator creates a deeper compartment that allows the mind to flow more rapidly in that one particular direction.”

Intense, effective focus through relaxed awareness is also, of course, the definition of flow.

Wasserman quoted a relevant remark by Ralph Waldo Emerson, who recommended, “…the stopping off decisively our miscellaneous activity, and concentrating our force on one or a few points; as the gardener, by severe pruning, forces the sap of the tree into one or two vigorous limbs, instead of suffering it to spindle into a sheaf of twigs.”

Rechanneling that sap could be akin as flow, which Csikszentmihalyi described as “…a state in which people are so involved in an activity that nothing else seems to matter; the experience is so enjoyable that people will continue to do it even at great cost, for the sheer sake of doing it.”

Csikszentmihalyi said this comes easiest to those who possess what he called the “autotelic personality” — the internally driven people who have a tendency to engage in an activity for its own sake.

Those who have an autotelic personality are said to experience less stress during their complete absorption in flow.

For me, writing and art can slip easily and almost imperceptibly into a flow state. The feeling is unselfconscious and immensely gratifying.

But any number of activities can be translated into flow.

Vladimir Drkulec said, “I have experienced flow when playing chess, dancing, at a party, in karate class, in aikido class, in a fight when attacked by two people, in tense situations where a fight seemed imminent, while out in nature, when walking. The compression or expansion of time seemed to happen so that you perceived yourself to be moving slow as molasses while the other people around you were moving even slower.

“In one case, I played a chess game that lasted almost 13 hours and was barely conscious of the passage of time. Only when the game was over did I realize that I had skipped lunch and was well past the dinner hour.”

Mike Oppland observed, “It’s important to note that one can’t experience flow if distractions disrupt the experience. Thus, to experience this state, one has to stay away from the attention-robbers common in a modern fast-paced life. A first step would be to turn off your smartphone when seeking flow.

“Since the experience of this state is just in the middle, the balance is essential.” 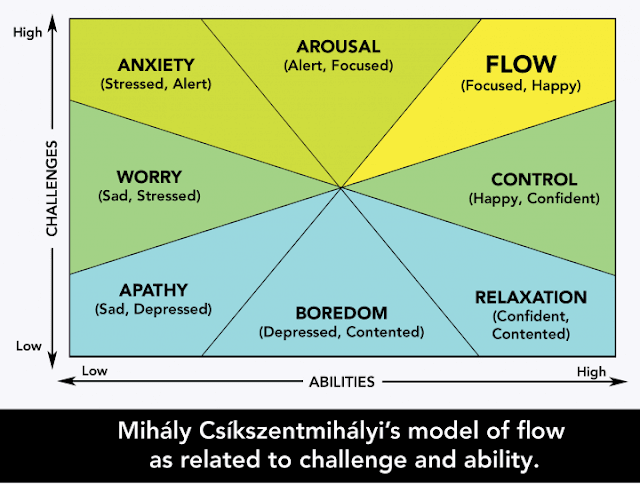