Beware the Big Lies of the GOP 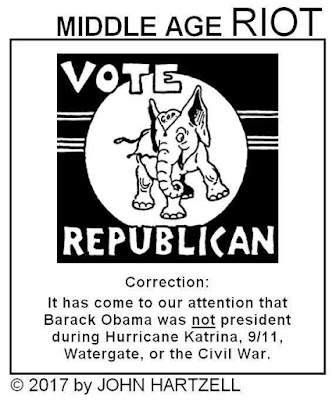 The absurd claim by some Republicans that Obama was president during Hurricane Katrina is NOT merely stupidity. It’s a calculated fascist Big Lie meant to confuse low-information voters.
The GOP regularly tries such Big Lie trial balloons. Remember the prominent Republicans who lied that the 9-11 terrorist attack DID NOT happen during the Bush administration? They were Dana Perino, Mary Matalin, Todd Harris and Rudy Giuliani. That’s not a coincidence. That’s enemy action. And they did that unchallenged on the so-called “liberal media.”
Posted by Dan Hagen at 5:25 PM