The Small Face of War 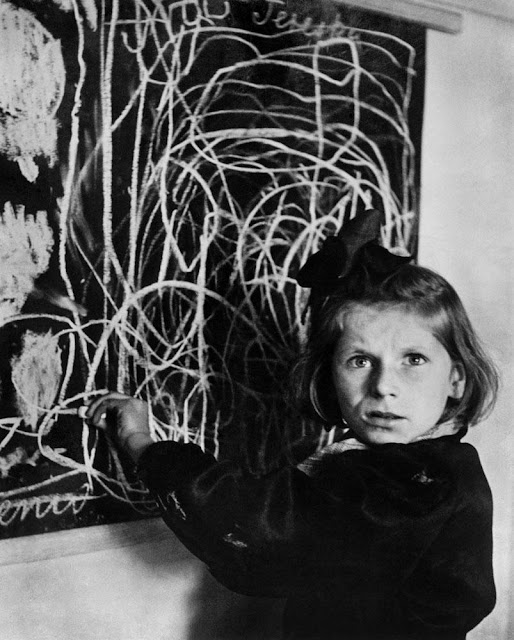 “They were not only photojournalists, they were essayists and artists,” recalled the Paris-based CBS newsman David Schoenbrun in his book On and Off the Air.
“Dr. Huxley asked Chim (David Seymour) to do a special study of the children of Europe who had lived through the war. He did a photo album that was shown at exhibits around the world, winning critical acclaim everywhere.”
“One was a shell-shocked little girl of about 10, who had lived through savage bombings. She was asked to do a drawing of the war. Chim’s picture showed her staring wildly at the camera, her hair tossled, while behind her on the blackboard was her ‘drawing,’ a tangled, mad scrawl of squiggles and clashing lines going every direction with no form or shape. It was a powerful portrait of the deeply disturbed mind.”
And that, my friends, illustrates why the term “war of choice” is more obscene than any expletive.
Posted by Dan Hagen at 8:46 AM