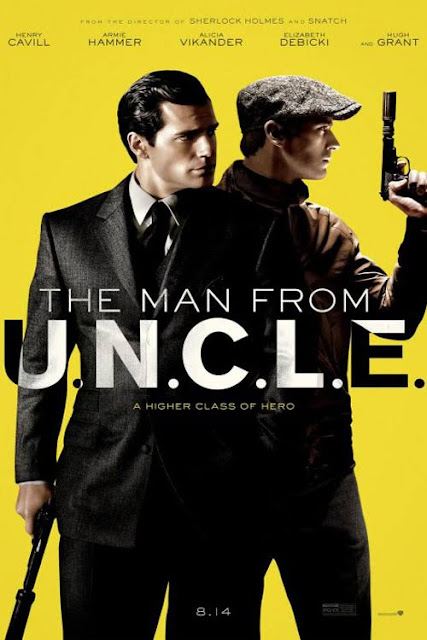 Bart and I just saw The Man from UNCLE, an early-1960s period spy thriller confection  full of stylish Guy Ritchie tricks. Interestingly, his use of action is often offhanded, offbeat and even off screen, and it works. I like the way the director deftly deflected the violence, instead of making the obvious choice of Kingsman-like hyper-violence.
The visuals and music are excellent, although I wish they’d used the iconic Goldsmith TV theme (referenced only for two seconds on a car radio).
Armie Hammer is charmingly stoic as KGB agent Illya Kuryakin. Henry Cavill tries hard as CIA agent Napoleon Solo, but Robert Vaughn, the original Solo, believes in his own self-assured suavity, and Cavill does not believe in his.
Posted by Dan Hagen at 7:49 PM