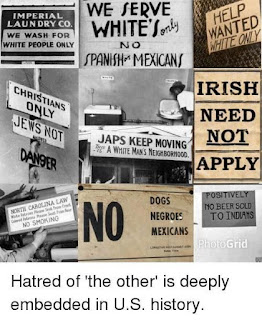 “The play, inspired by an actual incident that had recently taken place in Cicero, IL, was about a group of suburban neighbors who were so perturbed when a black family bought a home on their block that they banded together to stop the move, and eventually resorted to outright vigilantism to accomplish their end. In the final, blue-penciled version that went out over the air, the black intruders had been changed to a white ex-convict and his family.”

After all, the denizens of the Madison Avenue red light district knew that television could not suggest that you shouldn’t terrorize and maim black people.

And that would never, ever do.